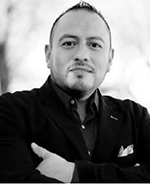 Currently, Jose is the Vice-President of External Affairs at Casa Central, one of the largest Latino serving social service agencies in the Midwest. He is responsible for leading Casa Central’s sustainability and growth strategy, which includes developing strategic partnerships with government, corporate and other social service agencies across the state of Illinois. Jose is also a lead partner and convener of the Latino Policy Forum’s Latino Agenda, the largest coalition of Latino-led nonprofits in Illinois.

Previously, Jose served in the Illinois Governor’s Office as Chief Marketing Officer, where he led the statewide rollout of the health insurance marketplace public education campaign. The initiative helped over a million individuals gain health insurance coverage and was one of the most successful health insurance marketplace rollouts in the country. Jose’s work was recognized nationally for engaging “hard to reach” groups (ethnic minorities, millennials, etc.,) and as a result, was invited to the White House to share best practices with marketplace officials from across the country. Jose also served as Deputy Commissioner for the City of Chicago’s Department of Public Health (CDPH). While at CDPH, Jose led the development and implementation of Chicago’s first citywide comprehensive public health agenda & strategic plan known as Healthy Chicago, with the vision of making Chicago the healthiest city in the nation. Healthy Chicago tackles issues such as violence, HIV/STI/AIDS, tobacco usage, breast cancer and other health disparities. The plan has engaged all city departments, sister agencies and partners in every sector to address the root causes of health disparities and is now in its second iteration (Healthy Chicago 2.0). Jose also led the national launch of New Futuro, a social enterprise that reached over a million Latinos, arming them with resources to help plan, prepare and pay for college. He also devoted over 10 years of his career to advocating and developing programs for persons with disabilities.

Jose is a University of Chicago Civic Leadership Academy Fellow, a U.S. Mentor with the European Professional Fellows Network, a 2018 Aspen Institute Ideas Festival Scholar, and an experienced Design Thinking facilitator. Jose has been recognized as one of Negocios Now Who’s Who in Hispanic Business Chicago, been profiled by the University of Chicago for his violence prevention work, and has received several social impact awards including a Chicago Innovation Award, a Galaxy Award and Advertising Age’s Healthcare Marketing Impact Award.