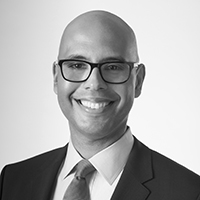 Tim also serves as an Adjunct Lecturer at Northwestern University and has published in the Journal of Negro Education, Chronicle of Higher Education, Chicago Tribune, Chicago Sun Times, and Huffington Post. King has been: named ABC World News “Person of the Week”, Chicago Magazine’s “Chicagoan of the Year”, People Magazine’s “Hero of the Year” and to Ebony Magazine’s “Power 100” list; featured on Good Morning America, The Oprah Winfrey Show, and The Moth/USA Networks’ Characters Unite series; and recognized by Presidents Barack Obama and Bill Clinton for his work with youth.

Tim has completed post-graduate work in Kenya and Italy; holds the Doctorate Honoris Causa from the Adler School; and has received the Bachelor of Science in Foreign Service and Juris Doctor Degrees from Georgetown University.

In 1996, Tim became the guardian of a former student orphaned when his mother died. That student was once homeless and now has graduated from college. Having a positive impact on this young man’s life is the achievement of which Tim is the proudest.