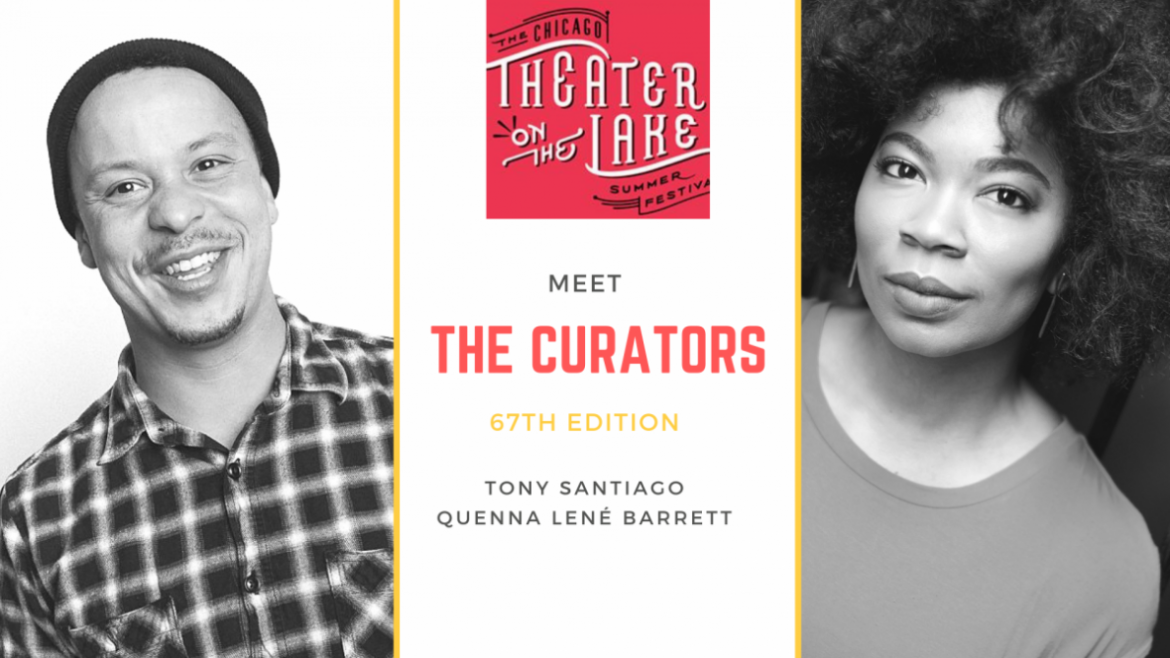 The 2019 season of the summer festival will kick off on June 23rd.
Photo: Chicago Park District

The Chicago Park District today introduced Quenna Barrett and Tony Santiago as the co-artistic curators for the 67th season of Theater on the Lake: The Chicago Summer Theater Festival. The 2019 season of the summer festival will kick off on June 23rd at the recently renovated Theater on the Lake (TOTL) event venue, located at 2401 N. Lake Shore Dr. This pillar of the Night Out in the Parks initiative will run through August 30th with performances at its home venue and additional stages citywide.

“For more than six decades, Theater on the Lake has historically showcased the diversity of Chicago’s rich storefront theater with an ambitious lineup of productions,” said Chicago Park District CEO and Superintendent Michael P. Kelly. “On this, the Year of Chicago Theater, our new, gifted artistic curators will take the baton and continue the tradition of bringing talented performers and theater companies to Chicago’s neighborhoods for all to enjoy.”

Chicago-based theater artist and Associate Director of Education and Engagement at the Goodman Theatre, Quenna Barrett, will join artist, producer, and Program Manager at Arts Alliance Illinois, Tony Santiago, in crafting a rich summer theater lineup with an emphasis on appealing to a broad audience.

"I am really looking forward to supporting and making more space for diverse and strong work across the Chicago theater community. Co-curating for Theater on the Lake this season means I get to learn from my co-curator and from the theater community how to develop work that resonates with new audiences," said TOTL co-curator Queena Barrett. "This festival serves as a platform for work that is already great and I am interested in highlighting both ‘nontraditional’ work and maybe more so ‘nontraditional’ processes."

“Curating TOTL is an exciting opportunity to dive deeper and experience the breadth of amazing and hard work happening in Chicago Theatre,” said TOTL co-curator Tony Santiago. “I’m honored to work with Quenna in curating a festival that celebrates Chicago as the theatre capital of the world and invites the city’s people to engage and cherish its artists and works.”

Mayor Rahm Emanuel and the Department of Cultural Affairs and Special Events (DCASE) designated 2019 as the ‘Year of Chicago Theatre.’ This citywide, year-long focus on theatre is the first of its kind in the U.S. The initiative will include theatre performances – including improv, dance, opera, puppetry and more – and special events for the public at hundreds of cultural venues, theaters, parks and neighborhood locations throughout the city. The Year of Chicago Theatre will also encourage dialog within Chicago’s theatre and philanthropic communities around inclusion and equity issues – and will seek to expand the geographic scope of Chicago theatre, especially on the city’s south and west sides.

Theater on the Lake: The Chicago Summer Theater Festival is presented as part of Mayor's Night Out in the Parks, a series of free and/or affordable cultural events and activities in parks across the city.

Quenna Lené Barrett, Associate Director of Education and Engagement at the Goodman Theatre, is a Chicago-based theater artist and practitioner who has founded two Theatre of the Oppressed programs to amplify teens’ voices and hold space to rehearse, tell, and change their own stories. Quenna received her BFA from NYU Tisch in Drama, her MA in Applied Theatre from the University of Southern California, and is currently pursuing a doctorate of education in Educational Theatre for Colleges and Communities at NYU Steinhardt. She's an actress, director, teaching artist, organizer with the Black Youth Project 100 and #LetUsBreathe Collective, and ICAH For Youth Inquiry performance company member, where she directs and performs participatory plays around sexual health education. Continuing to build the world she wants to see/live in, she is developing personal practices of poetic and participatory performance.

Tony Santiago is a Chicago based artist who connects communities to the arts. Tony works as the Program Manager at Arts Alliance Illinois. He is also the director of the Lyric Opera's EMPOWER YOUTH and St James Cathedral’s Summer in the City. Tony founded CHICAGO ARTS ACCESS, a nonprofit that bridges arts organizations, art lovers and community with tickets to live performances across Chicago with the website freetix.org.

Constructed in 1920, the Theater on the Lake building was originally a recuperation ward for babies suffering from tuberculosis and other diseases.  During World War II, the structure was then used as a USO Center.  After the war, the Chicago Park District used the lakefront venue for then-popular barn dances.  In 1952, it was converted into the Theater on the Lake performance venue and showcased productions staged by the Chicago Park District’s many community theater organizations.  In 1996, the programming evolved into its current format, and the Chicago Park District began inviting professional theater companies to remount their best works. Theater on the Lake’s Fullerton Street location was recently renovated to include a year round theater with larger capacity, restaurant, event space, outdoor seating and patio.

About Night Out in the Parks

Launched in 2013, Night Out in the Parks is part of Mayor Emanuel’s citywide vision for art and culture. It is also a key component of the Chicago Cultural Plan, which was launched by Mayor Emanuel and DCASE in 2012 and is the first plan of its kind in more than 25 years. Through the Cultural Plan, the City is making investments in public art, music festivals, films, concerts, exhibitions and performances.

The Chicago Park District is the 2014 Gold Medal Award winner, recognized for excellence in park and recreation management across the nation. For more information about the Chicago Park District’s more than 8,800 acres of parkland, more than 600 parks, 26 miles of lakefront, 11 museums, two world-class conservatories, 16 historic lagoons, nearly 50 nature areas, thousands of special events, sports and entertaining programs, please visit www.chicagoparkdistrict.com or contact the Chicago Park District at 312/742.PLAY or 312/747.2001 (TTY). Want to share your talent? Volunteer in the parks by calling, 312/742.PLAY.