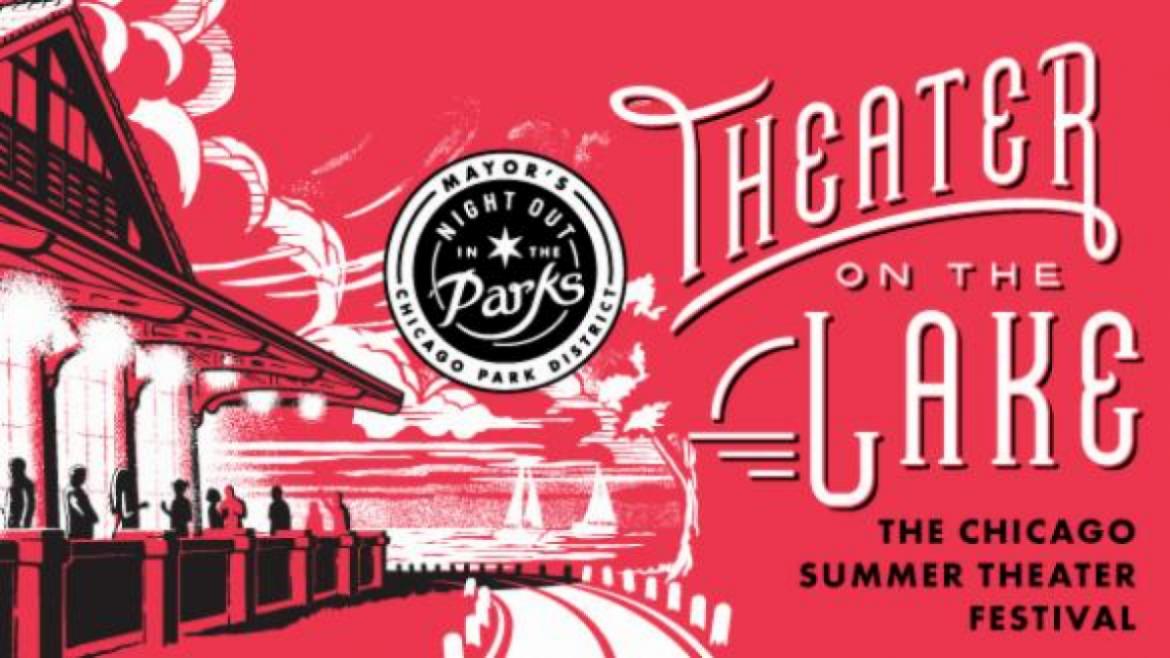 The Chicago Park District today announced the schedule for the 66th season of Theater on the Lake: The Chicago Summer Theater Festival. In keeping with Theater on the Lake’s tradition of producing plays lakeside, the Summer Festival will return to Theater on the Lake’s Fullerton Street building, located at 2401 N. Lake Shore Drive, for the first time since 2013.
This summer, two neighborhood parks will also host the off-the Loop theater festival: South Shore Cultural Center and Hamlin Park. The season will run June 19 through August 31. Performances will be held Tuesday through Friday at 7 p.m. and Thursdays at 2 p.m.

“With support from the Mayor, the Chicago Park District is pleased to launch the 66th run of Theater on the Lake and to feature an incredible breadth of work as part of the first summer back to the lakeside venue," said General Superintendent and CEO Michael P. Kelly. “Theater on the Lake’s upcoming season will showcase Chicago’s outstanding theater companies and offer audiences a one-of- a-kind cultural experience along the lakefront."

Playwright Isaac Gomez is also returning as this season’s artistic curator.  After a successful 2017 Theater on the Lake run, the Chicago-based dramatist originally from El Paso, Texas/Ciudad Juárez, Mexico, will once again contribute his theatrical insights to make this inaugural year memorable for theatergoers.

“In this one year, art was front and center in Chicago’s beloved storefront theater community,” said Artistic Curator Isaac Gomez. “It is somewhere amidst reflection of our past to gain a better understanding of where we are now and, perhaps more importantly, where we can go, that the inaugural season of Theater on the Lake in its return to the Lakefront lives.”

Each year, the artistic curator has the opportunity to select productions they feel exemplify the best and most relevant of Chicago’s rich theater community. Curators present these works to the Theater on the Lake audience with the intention engaging an active discussion around their choices. This year, in addition to curating Theater on the Lake’s season, Gomez‘s prolific contributions to the theater community are currently spread across the city. His play, Ofrenda, written in collaboration with Chicago Park District company in Residence, The Albany Park Theater Project, is currently running at Eugene Field Park. In addition, we can look forward to the world premiere of his play La Ruta at Steppenwolf Theater Company this fall.

This year will also feature the first-ever play commissioned by the Chicago Park District in collaboration with the Chicago Dramatists organization Felons and Familias. Sandra Delgado, the actress and playwright, will return to her childhood park to present her workshop production at Hamlin Park.

“I look forward to sharing this story of a Chicago family with Theater on the Lake audiences,” said playwright Sandra Delgado. “Every day, I am getting more excited for the workshop production of Felons and Familias and seeing my vision come to life with actors and designers is always an overwhelmingly joyful experience.”

In 2017, Theater on the Lake launched its New Play Commission titled Theater on the Lake: In the Works. The initiative was devised to support the development of a new theatrical work by a Chicago playwright. Actress and playwright Sandra Delgado was chosen to develop Felons and Familias, a new work in conjunction with resources from the Chicago Park District and with the support of Chicago Dramatists.

The complete performance schedule can be accessed through the My Chi ParksTM mobile application, which is available to download on Apple and Android devices. Through this app, patrons can access to all 1,000+ Night Out in the Parks events on the go, helping them to plan a spontaneous night out.
Season subscriptions and flex passes are available.  Single performance tickets will be on sale starting June 1. For ticket and reservation information, call 312.742.7994 or visit www.chicagoparkdistrict.com/events/theater-lake.

Theater on the Lake: The Chicago Summer Theater Festival is presented as part of Mayor Emanuel's Night Out in the Parks, a series of cultural events and activities at parks across the city. It is also a key component of the Chicago Cultural Plan, which was launched by Mayor Emanuel and DCASE in 2012 and is making investments in public art, music festivals, films, concerts, exhibitions and performances.

The 2018 Theater on the Lake Festival season:

SHOW 1
6/19-6/22
Theater on the Lake, 2401 N Lake Shore Drive
The Yard and Jackalope Theatre’s Blood at the Root
Written by Dominique Morisseau
Directed by Joel Ewing and Will Kiley
Admission: $20

Blood at the Root is a striking new drama based on the Jena Six; six Black students are charged with attempted murder for a school fight after being provoked with nooses hanging from a tree on campus. This bold play examines the miscarriage of justice, racial double standards, and the crises in relations between men and women of all classes-resulting into the shattering state of Black family life.

A play for two clowns, this Danish play finds the Nazi propagandist Dr. Joseph Goebbels and filmmaker Leni Riefenstahl doomed to an afterlife in which they are forced to confront their pasts. Locked deep down inside the present day Führerbunker, the two find themselves engaging in denial, manipulation, and pure slapstick. It’s a reminder of the consequences of selling lies as truth and propaganda as art. Did we mention it’s a play for two clowns?

A mother’s love knows no boundaries… Over the course of two evenings, mother and son, two estranged generations of Dominicans living on the north side of Chicago, attempt to rekindle the love and appreciation for each other and their roots; but unexpectedly revealed intimate secrets threaten to destroy an already thin bond.

SHOW 4
7/24-7/28 *please note there will be no matinee on Thursday 7/26, instead there will be a 2pm matinee on Saturday 7/28
Hamlin Park, 3035 N. Hoyne Ave
Theater on the Lake: In the Works in collaboration with Chicago Dramatists presents Felons and Familias
A play in progress by Sandra Delgado
Admission to this play is FREE. *Advance reservations are strongly encouraged.

In 2014 President Obama announced that in his new immigration policy "felons, not families" would be the target of deportation efforts. But what happens when these two identities intersect? A dark comedy with heightened movement, Felons and Familias is the story of a Chicago woman caught in the black hole of criminal immigration courts as she fights to remain mother and daughter in the city she calls home.

How does one pursue the “American Dream” in a country that refuses to offer opportunity indiscriminately? A flashy American satire set in the professional entertainment wrestling world, we follow Puerto Rican wrestler Macedonio Guerra as he rises from the bottom of the pecking order. In this interactive physical comedy, Mace talks directly to the audience as fans in his arena. The play dissects race, xenophobia, ego, and our moral compass – topics some might say are more relevant now than when it premiered eight years ago.

A surprise proposal takes an unexpected turn that upends the world of Genesis and Rashad, forcing them to confront a devastating secret from the past and putting the future of their relationship at risk. Featuring two of Chicago’s most dynamic actors, The Light is a 70-minute rollercoaster journey of laughter, romance and despair that uncovers how the power of radical love can be a healing beacon of light.

Ron, a young, gay African-American graduate student, completing his thesis on Nat Turner’s slave rebellion, feels lost in his life and alienated from his family. When his 189-year-old great, great grandfather TJ takes him back in time to meet Turner, both men find answers they never expected. Insurrection deals with racial identity and sexuality, as Ron faces his ancestors’ history and his own identity. A wrenching story, Insurrection: Holding History will change how you see the past-and just maybe yourself as well.