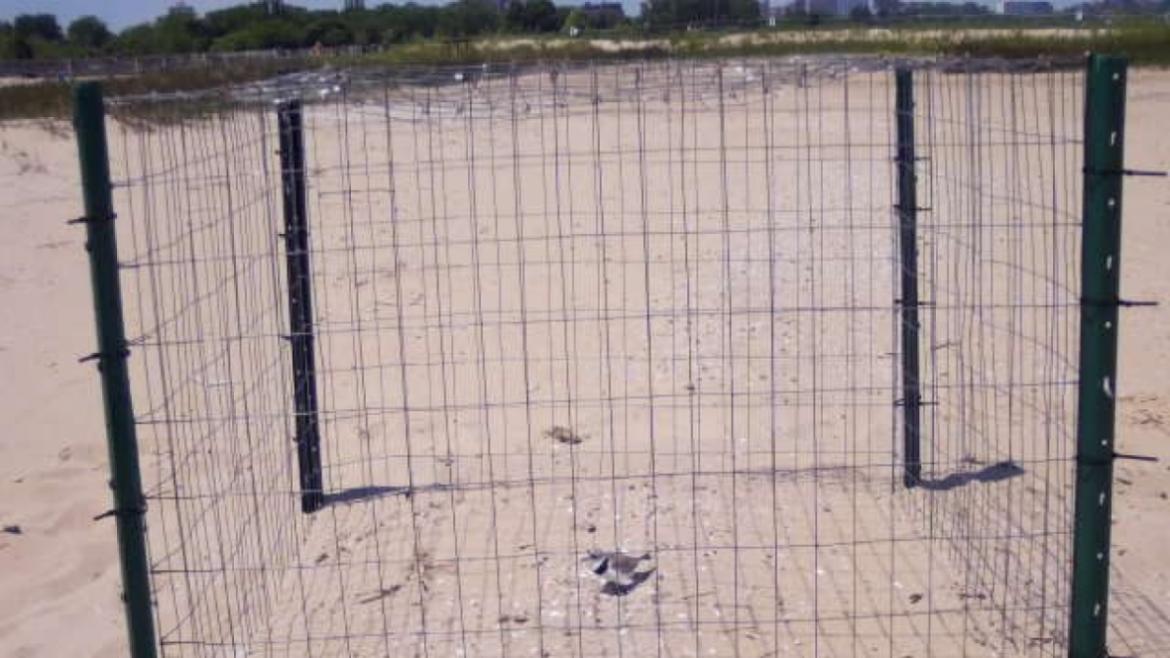 On the evening of June 2, 2021, the birds suffered an unfortunate setback—a skunk accessed their first nest and ate their 4 eggs. By the following morning, Monty and Rose were seen scraping and courting throughout the natural area. These actions signaled that they would produce a second nest. This week, they settled on a nest location and began to produce their second clutch of eggs. Staff from the Illinois Department of Natural Resources (IDNR), U.S. Fish and Wildlife Service (USFWS), USDA APHIS Wildlife Services (WS), and the Chicago Park District once again placed an exclosure on top of the nest with cameras surrounding it. The new exclosure is both larger and made of stronger wire and welds than the first. Monty and Rose are still able to move in and out as they take turns incubating their eggs and feeding away from the nest.

The first nest exclosure followed USFWS specifications for piping plover exclosure design, size, and materials. The nest was perfectly centered in it and secured to the ground with flaps that prevented digging underneath it. This type of exclosure has previously withstood a fox perching on it, families of raccoons and skunks trying to outsmart it, coyotes challenging it, and numerous other visitors such as rabbits and mallards. These events are just a few examples of the many challenges that this pair and all the remaining pairs of Great Lakes piping plovers must face to breed. Without our continued care and involvement even fewer would survive.