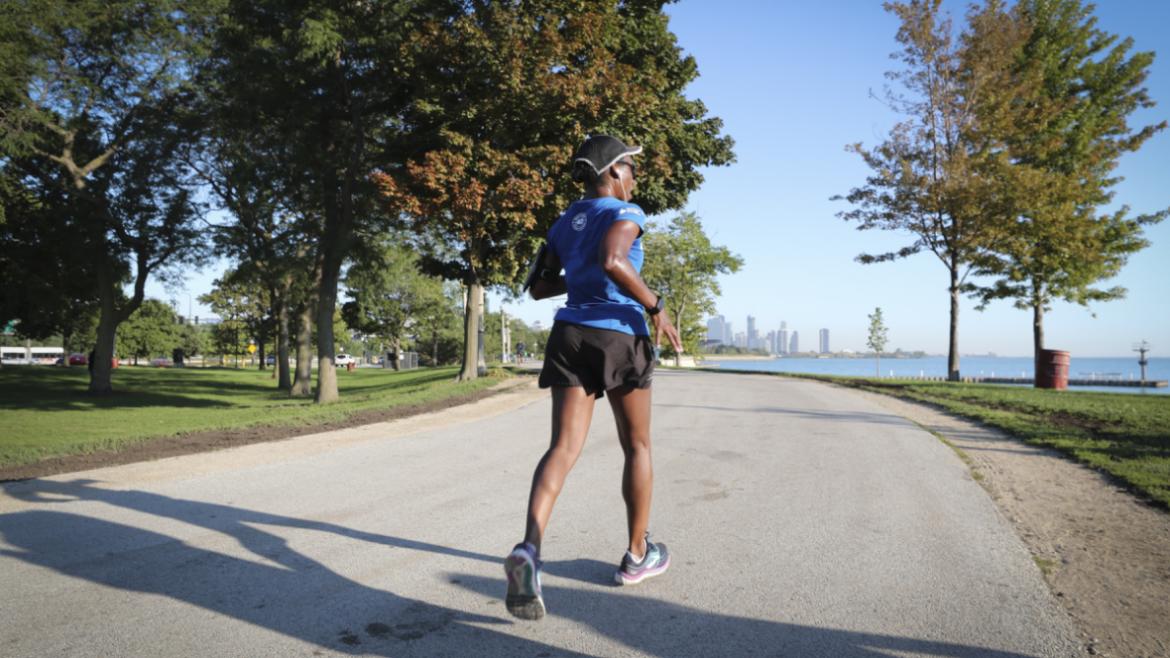 Construction starts on the section of the lakefront trail separation project from Roosevelt Road to 31st Street.
Photo: City of Chicago

Mayor Rahm Emanuel and Chicago Park District Superintendent Michael P. Kelly today announced the start of construction on the section of the lakefront trail separation project from Roosevelt Road to 31st Street. Chicago’s entire 18-mile Lakefront Trail, which runs from Ardmore Avenue on the north to 71st Street on the south, will be separated for cyclists and pedestrians, and is expected to be complete in by year-end 2018.

“Construction on the Lakefront Trail from Roosevelt to 31st is an important next step as we continue to make the lakefront more accessible and enjoyable for walkers, runners and cyclists,” said Mayor Emanuel. “Once complete, Chicago’s Lakefront will be even more enjoyable for the thousands of residents and visitors who flock to the path every day.”

Initial funding was provided by the Chicago Park District. Completion of the project was made possible by a generous donation from Ken Griffin, Founder and Chief Executive Officer of Citadel.

The project is designed to alleviate areas of congestion by separating the Lakefront Trail into two distinct paths.

“We are excited to announce that we are half-way done with the completion of 18-miles of continuous separate trails for bikers and runners,” said Chicago Park District CEO & Superintendent Michael P. Kelly. “The completion of the stretch from Roosevelt Rd. to 31st Street showcases the significant strides we are making to ensure that all residents enjoy expanded recreational opportunities along the lakefront.”

Approximately 9.3 miles of the lakefront trail have been completed, and the remaining stretches from North Ave. to Oak St., Montrose Ave. to Fullerton Ave., Roosevelt to 31st and 55th Street to 71st Street are currently under construction.

Chicago’s Lakefront Trail is one of the busiest in the United States. Used by cyclists, joggers and people enjoying the scenery, it is estimated that more than 100,000 people per day use the trail during summer weekends according to a recent study by the Active Transportation Alliance (ATA).

This same year, Superintendent Kelly celebrated the opening of the Arts and Recreation Center in Ellis Park. The 32,482 sq. ft. facility is part of Building on Burnham, the Mayor's comprehensive plan to invest in the Lakefront, the Chicago River, natural areas and recreational opportunities in neighborhoods across the city.

This plan follows the Mayor’s successful expansion of Chicago’s park system and more than $1 billion in capital investment from neighborhoods and private sources.