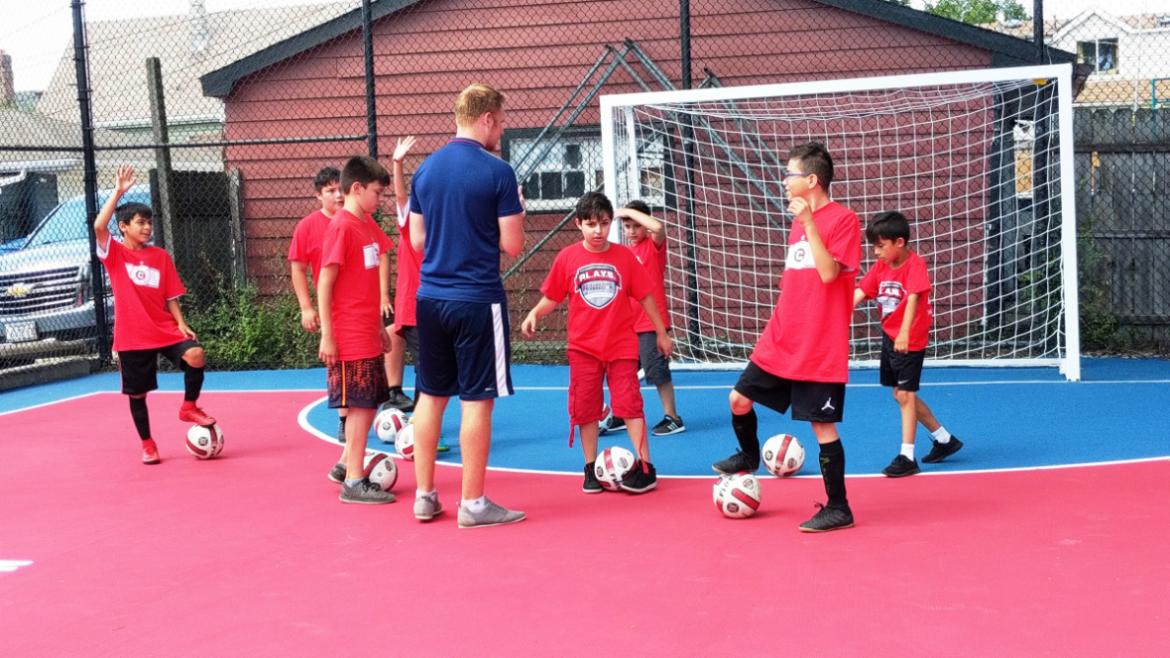 The mini-pitch at Walnut Park is one of 50.Photo: Chicago Park District/Irene Tostado

“The new soccer facilities at Walnut Park and in neighborhoods across the city will provide thousands of children with a state-of-the-art place to play one of the world’s most exciting and popular games,” said Mayor Emanuel. “I want to thank Ken Griffin, Chicago Fire and the U.S. Soccer Foundation for supporting investments that will give Chicago youth the opportunity to learn teamwork and sportsmanship through soccer.”

The new mini-pitch located in Walnut Park was converted from an under-utilized tennis court. The 40’ by 75’ area is refreshed with new soccer markings and soccer goals.  The court offers free space for kids to practice and participate in neighborhood pick-up games and structured programming provided by the Chicago Park District, Chicago Fire, and U.S. Soccer Foundation.

The mini-pitch at Walnut Park is one of 50 announced last December at the U.S. Soccer Foundation launch of its national campaign, It’s Everyone’s Game, aimed at expanding soccer-based programs across the country. In Chicago, 50 mini-pitches will be constructed in parks over the next five years to expand access to soccer play spaces in underserved neighborhoods across the city.

“This new soccer mini-pitch is more than an investment in our parks, it’s also an investment in our young people,” said Chicago Park District General Superintendent Michael Kelly. “With the addition of these resources, thousands of children and teens will have the opportunity to discover, play and excel in the sport.”

The Chicago Park District, Chicago Fire and U.S. Soccer Foundation expect to serve more than 21,500 youth participants by 2020. The mini-pitches are supported by a generous $3 million gift from the Kenneth C. Griffin Charitable Fund and a substantial contribution from the Chicago Fire and the Hauptman family.