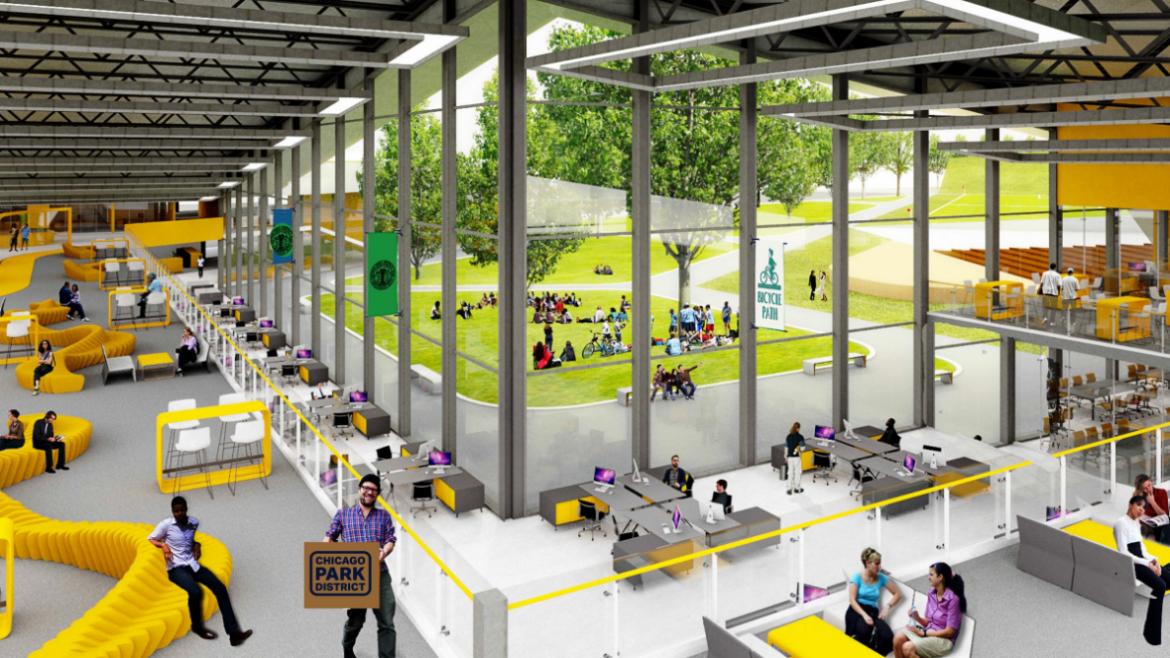 Not only will the relocated headquarters move approximately 200 existing Park District jobs to Brighton Park, the new facility will include new recreational assets for the neighborhood, which is in desperate need of open space. With an open space need of 66.68 acres, Brighton Park ranks among the top five park deficient communities in Chicago. The proposed 17 acre site, located at 4800 S. Western Ave., would offer administrative office space, a field house, playground, spray pool and three artificial turf fields to meet the community’s growing interest in soccer. Currently, Kelly Park is the only regulation sized soccer field in the area.

“The development of the Brighton Park site for the Chicago Park District headquarters is a win-win situation for the District and the community,” said Superintendent Kelly. “In addition to the efficiencies of owning our headquarters, we are bringing much needed parkland and amenities to the children and families of this community.”

In 2015, the Chicago Park District sold its 110,000 square foot headquarters to Northwestern Hospital for $22.5 million and negotiated a three year lease for the agency. That rent-free lease - which saved the Park District $3 million - expired in April of 2018. Although the Park District now pays rent at below market rates, the opportunity to own rather than lease its headquarters will allow them to maximize efficiencies while making a significant investment in a Chicago neighborhood in need of open space. The acquisition cost of the proposed site in Brighton Park is $8.65 million, the equivalent of $11 per square foot; the purchase is expected to be approved next week at the meeting of the Chicago Park District Board of Commissioners. As part of the development, the environmental issues of the site will also be addressed. The Park District will issue an RFP to design, build and finance the new headquarters in the coming months.

"There is no doubt in my mind that the relocation of hundreds of city jobs and the addition of much-needed recreational spaces will spur economic development in Brighton Park," said Chairman Burke. "Mayor Emanuel understands that strong neighborhoods make for a stronger Chicago, and today's announcement is consistent with his track record of bringing economic and recreational opportunity to all of Chicago's residents."

The site of the new headquarters is accessible via public transportation through the #48, #49, and #94 CTA bus routes as well the Western Orange line CTA train stop located at 49th Street and Western Avenue.

This is the third city department or agency to move its headquarters to a Chicago neighborhood in the past two years. In January of 2018, City Colleges of Chicago (CCC) announced the intended sale of its downtown headquarters building to right size operations and shift more resources to its colleges in Chicago neighborhoods. Most CCC staff was moved to Kennedy-King College in Englewood and Dawson Technical Institute in Bronzeville. In August of 2016, Mayor Emanuel announced that the Chicago Department of Fleet and Facility Management (2FM) would relocate its headquarters at 1685 N. Throop Street - along with its operations and at least 200 existing jobs - to Englewood.