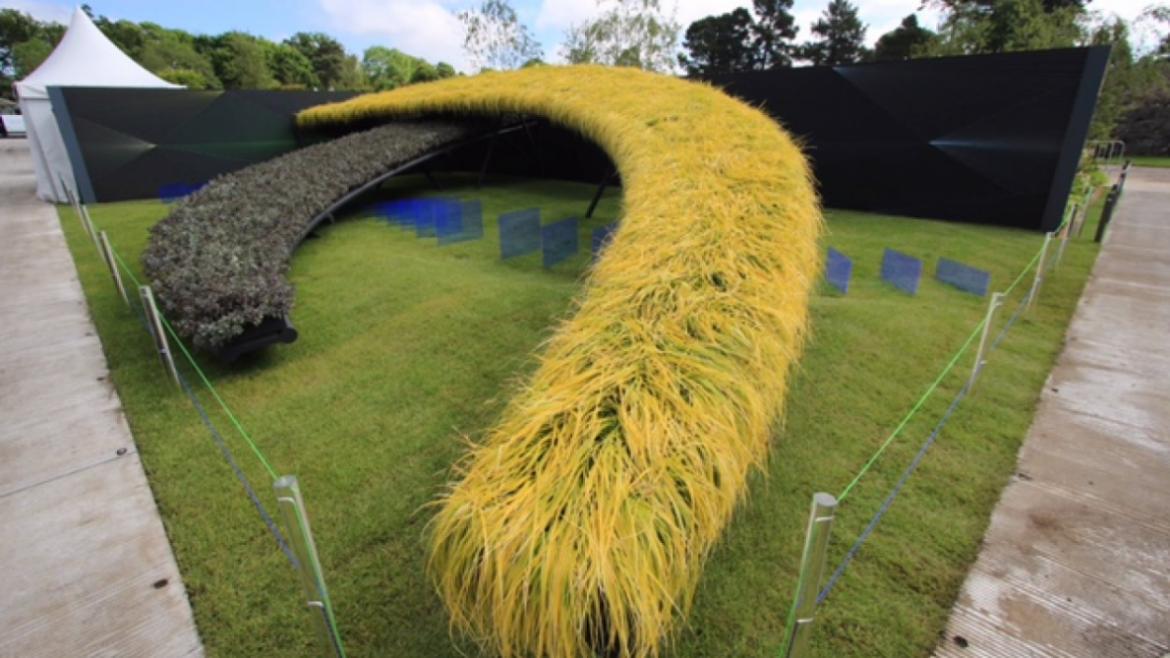 “This accolade is yet another example of the great work by the Chicago Park District that’s being
recognized throughout the country and internationally,” Mayor Emanuel said. “Public art like
Bridge the Gap engages the mind and tells a story, allowing Chicagoans to appreciate and be
inspired by it.”

The design of the garden features two large living structures that form two sides of a bridge without connecting. One side of the bridge, representing Dublin, features plant material known for its Irish heritage and history. The other side of the bridge represents Chicago, and features plant material seen in the city and used throughout the Chicago Park District Conservatories. The two bridges appear to intersect, despite the separation. Using two viewing sides to observe the structure at its cross section, visitors are able to peer across and notice patrons viewing from the other side. Without anticipating a connection, the visitors become an integral part of the garden, and of the story, by bridging the gap.

The medals at Bloom are highly coveted and months of planning go into the design and creation of each of the gardens.

This is not the first time the Chicago Park District has won gold. In 2014, the district was awarded the National Gold Medal Award for Excellence in Park and Recreation Management, the largest urban park system to win this award. It is presented by the American Academy for Park and Recreation Administration in partnership with the National Recreation and Park Association (NRPA).

This success underscores Building on Burnham, the Mayor's comprehensive plan to invest in the Lakefront, the Chicago River, natural areas and recreational opportunities in neighborhoods across the city. This plan follows the Mayor’s successful expansion of Chicago’s park system in his first mayoral term, which has already added 750 acres of new parkland, 256 new playgrounds and more than $800 million in capital investment from neighborhoods and private sources.