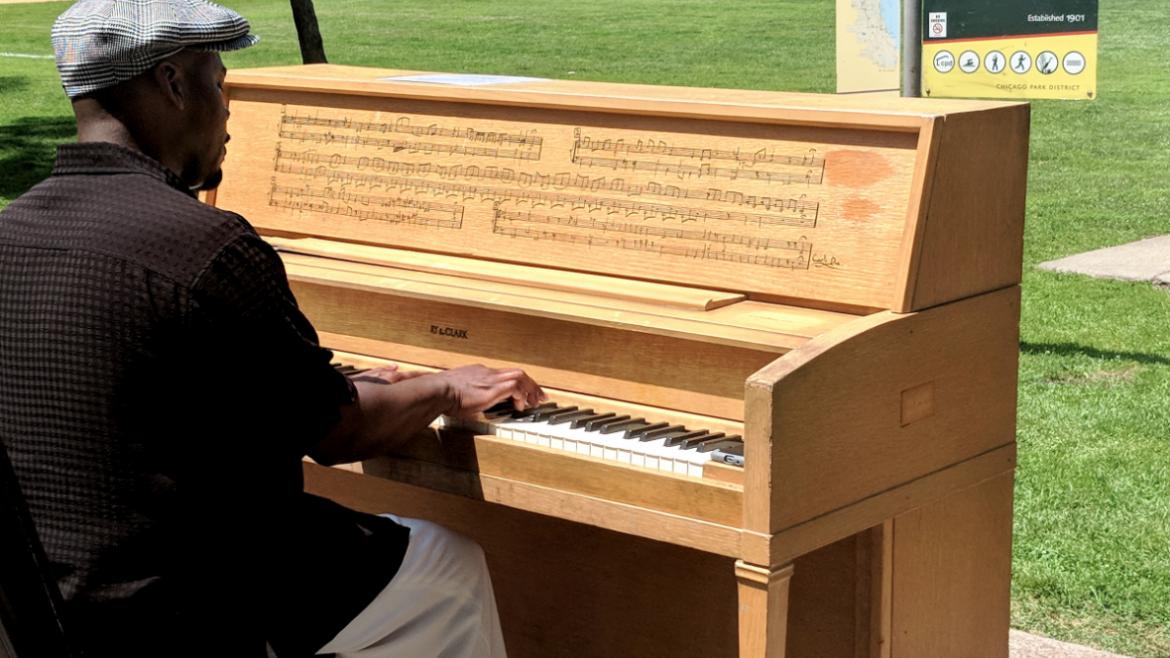 Pianist Reginald R. Robinson tickles the ivories of one of the five Pianos in the Parks.
Photo: Chicago Park District/Irene Tostado

Mayor Rahm Emanuel and the Chicago Park District, along with the International Music Foundation, Make Music Chicago (MMC), Keys 4/4 Kids, and the Chicago Public Library, today announced the return of Pianos in the Parks, a free, six-week program in which pianos have been installed in five parks to inspire neighborhood residents to make music. A sixth piano will travel to various parks throughout the summer as part of the “Piano on Tour.”

“From swim classes to day camps to Night Out in the Parks, Chicago parks offer free or low-cost summer entertainment and programming for all ages,” said Mayor Emanuel. “Chicago parks are community hubs, especially in the summer, and programs like Pianos in the Parks are key to our efforts to bring arts and culture to neighborhoods across the city.”

The pianos, which are available to the public for free, are located in five parks – Buttercup Park, Jackson Park, Washington Square Park, McKinley Park and Mozart Park – from now until August 1. Patrons can learn more about the “Piano on Tour” schedule each week through signage at their local parks and frequent social media updates.

“The Chicago Park District’s Night Out in the Parks programs help bring arts and culture programming to Chicago’s neighborhoods,” said Michael P. Kelly, General Superintendent and CEO of the Chicago Park District. “Pianos in the Parks is a program that serves to expose Chicagoans to musical instruments and further enrich their visit to Chicago’s parks.”

A tarp will cover the pianos and allow them to remain outdoors and accessible through all weather conditions. Visiting is completely free to the public and everyone is encouraged to play, decorate and program around the pianos.

These repurposed instruments were given a new lease on life in Chicago’s neighborhood parks and now give individuals of all ages and talents a place to perform and acquaint themselves with an instrument through play and practice.