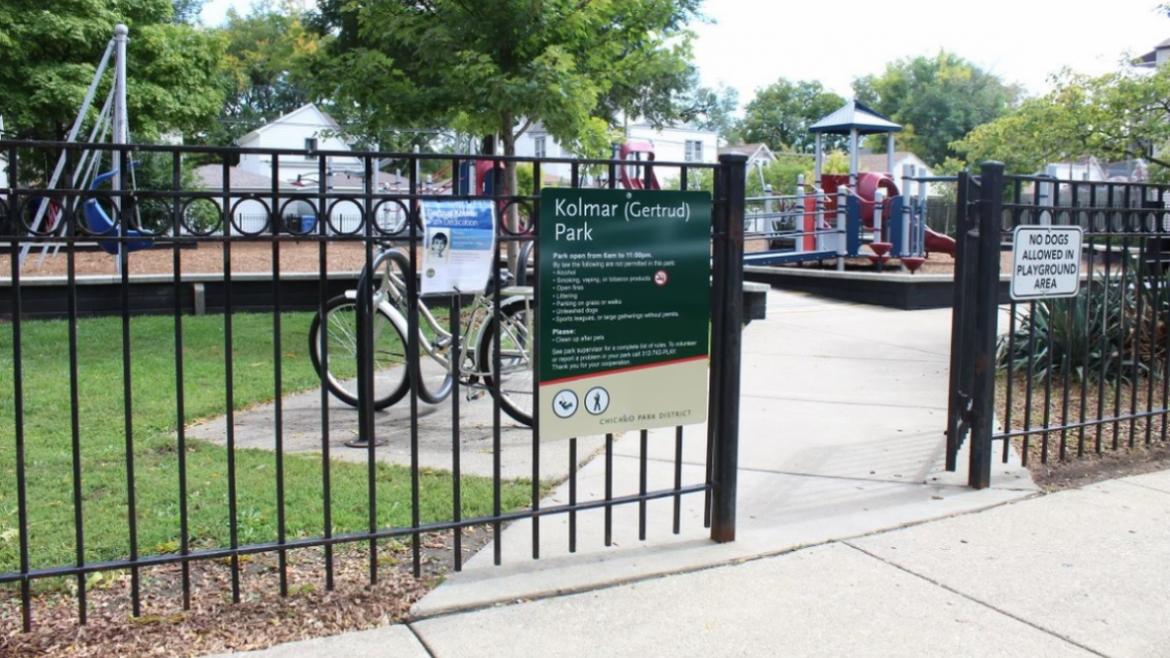 “It’s an honor to celebrate the life of Gertrud Kolmar, whose contributions to the world of poetry and literature continue to transcend temporal bounds," said Chicago Mayor Lori E. Lightfoot. “Ms. Kolmar’s legacy and courageous spirit will live on through this important rededication and encourage more people to learn about her and the adversities she faced in sharing her talents with the rest of the world."

Last April, the Chicago Park District Board of Commissioners voted to rename Kolmar Park; previously it was named after the street in which the park is located.

“It is truly an honor and privilege to celebrate the life and contributions of Gertrud Kolmar and rename this beautiful park in her honor,” said Rosa Escareño, Chicago Park District General Superintendent and CEO. “It is our hope that everyone who visits this park is reminded of Kolmar’s courageousness amidst one of the most horrific periods in history and her literary contributions that continue to uplift and inspire us to this day.”

Born in Berlin in 1894, Kolmar began writing at a young age. Although her work was first published in 1917, Kolmar didn’t gain recognition as a writer until after her death. By the late 1930s, Jewish life was increasingly constrained under Nazi control.  Kolmar’s siblings fled Germany, while she stayed behind to care for her father.  Despite the harsh conditions, Gertrud continued to write, particularly poetry and used her writing to express both her sadness and powerlessness toward the oppression she and millions of Jewish people experienced.

In 1941, Kolmar was forced to work in a German armaments factory, and in 1943, she was sent to Auschwitz, where she died.  After the war, her brother-in-law spearheaded the effort to collect and publish her writings.  Posthumous publications of her writings began in 1947 and continued through subsequent decades. Her work continues to draw acclaim.  Today, Gertrud Kolmar is recognized as one of the most important women poets in German literature.

Kolmar Park is a one-acre parcel located in the Irving Park neighborhood. Amenities include a junior baseball field, soft surface playground and a sandbox. Kolmar Park is the 72nd Chicago park named in honor of a woman.