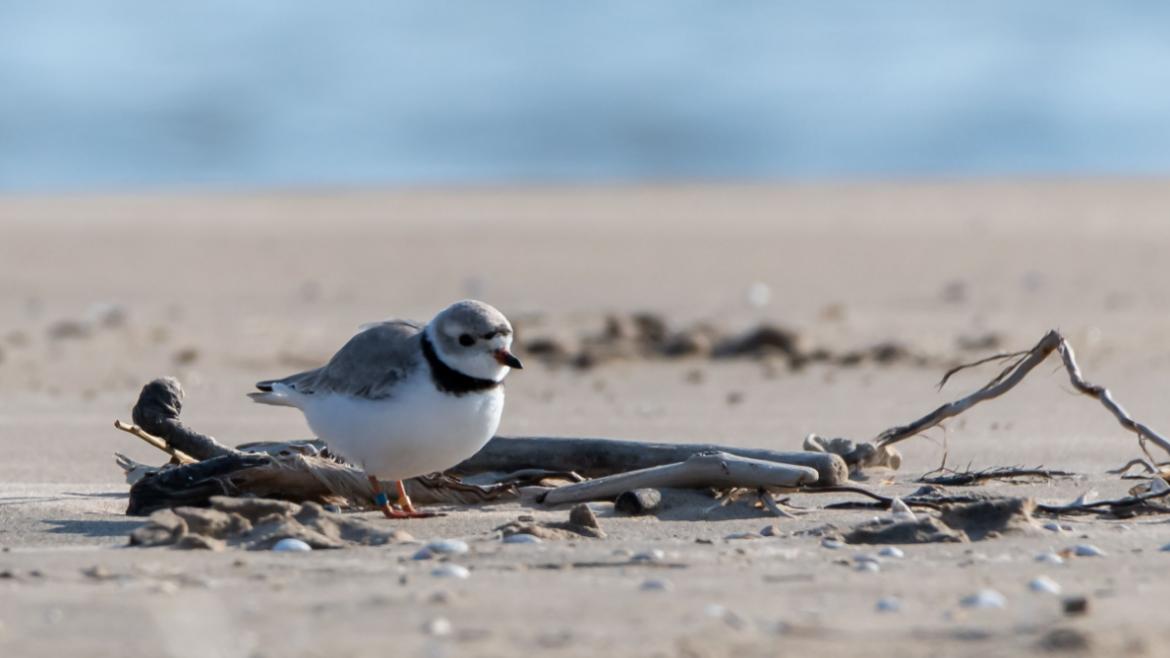 For the past two years, a pair of federally endangered Great Lakes piping plovers – popularly known as Monty and Rose – has nested and reared five chicks on Montrose Beach. In 2020, the pair nested within the Montrose Beach Dunes Natural Area. The Chicago Park District’s Department of Cultural & Natural Resources has been maintaining this site as native dune habitat for over ten years.

During both successful nesting and fledging seasons, the Chicago Park District worked in close partnership with the U.S. Fish and Wildlife Service, the U.S. Department of Agriculture, the Illinois Department of Natural Resources, and many volunteers from local birding organizations to protect the plovers and their habitat and to monitor their behavior. These partners will observe the pair should they chose to nest in Chicago again. Their return to Chicago’s shoreline is a good sign for the future of the endangered species.

On June 18, 2020, the Illinois Ornithological Society (IOS), Chicago Ornithological Society (COS) and Chicago Audubon Society (CAS) announced the hatching of three Piping Plover chicks to Monty and Rose at Montrose Beach Dunes and organized an open call to submit ideas for their names. After receiving over 300 suggestions, the names chosen for the chicks were- Nish, Hazel and Esperanza.

Earlier this month, the Chicago Park District announced the expansion of the Montrose Dune Natural Area. An additional 3.1 acres was added to the current 12.8 acre habitat, located on the eastern end of Montrose Beach in Lincoln Park. Montrose Beach Dunes is an important area for foraging, migrating, and resident shore birds, including the federally endangered Great Lakes Piping Plover. The additional acreage also includes some open sand area that shore birds, including the piping plovers Monty & Rose, use to forage during their time in Chicago.

NOTE: Since the publication of this announcement, Monty, the male piping plover, has also joined Rose at Montrose Beach.