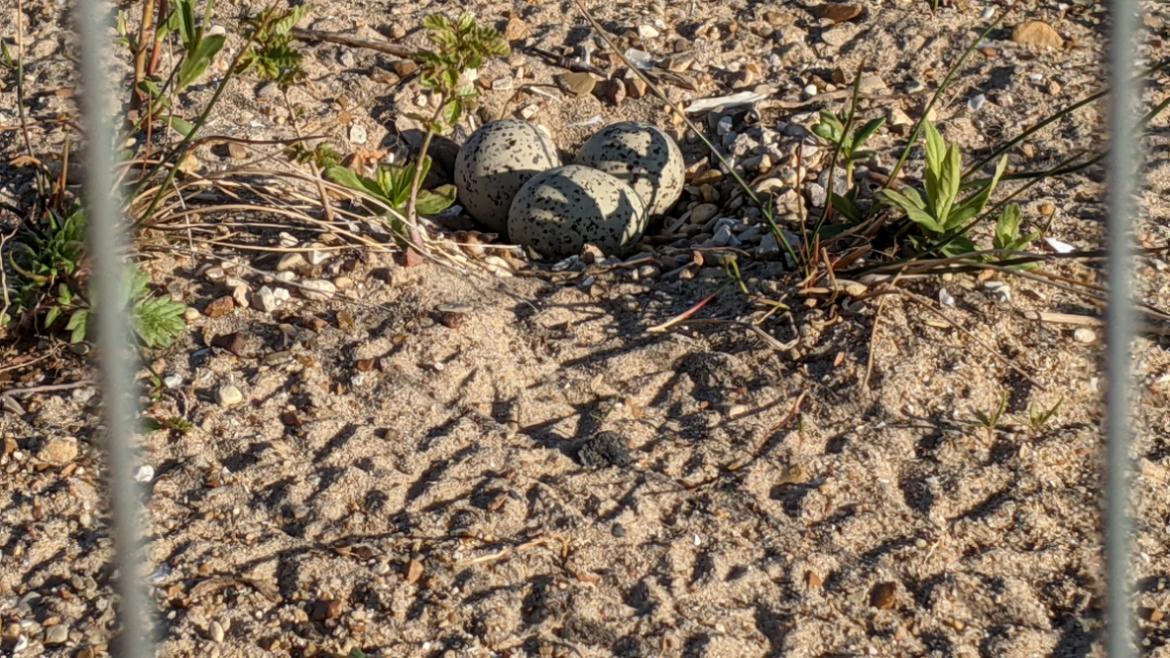 The Chicago Park District is pleased to share that Monty and Rose, a pair of Great Lakes piping plovers, have produced three eggs at their breeding grounds at Montrose Beach Dunes Natural Area, at 900 W. Montrose Harbor Dr.

Four eggs is a usual clutch size for piping plovers and an additional egg from Rose may be expected. Eggs typically hatch in about a month. Their small nest is located in the sparsely vegetated sand within the 3.1 acres added to the Montrose Beach Dunes in April.

The Chicago Park District is working with the Illinois Department of Natural Resources (IDNR) and U.S. Fish & Wildlife (FWS) to protect the nest. A wired enclosure protects the nest and eggs from potential predators such as raccoons and skunks. Monty and Rose will be able to move freely in and out of the cage as they take turns incubating the eggs and feeding away from the nest. USDA Wildlife Services biologists installed cameras to help monitor conditions at the nest.

These two plovers are spending their third summer together at Montrose Beach Dunes. This spring they arrived within a day of each other – Monty having spent the winter in Texas and Rose in Florida. Upon their arrival, the Chicago Park District erected protective fencing around this rare habitat to reduce foot traffic and activity while the birds recouped after a long migration and selected a nest location. The Chicago Park District is working with IDNR and FWS to develop a plan to continue to protect the nesting location and re-open public access to other parts of the dunes when it is safe to do so.