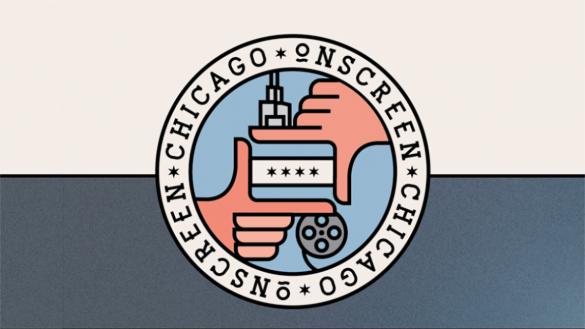 AFTER SCHOOL MATTERS provides Chicago high school teens with high quality, after-school and summer opportunities to explore and develop their talents while gaining critical skills for work, college and beyond. Since 1991, After School Matters has offered teens more than 350,000 opportunities in our hands-on, project-based after-school and summer programs in the arts, communications and leadership, STEM and sports. Programs take place at locations throughout the city including Chicago public high schools, Chicago Park District and Chicago Public Library locations, community organizations, downtown at the Gallery 37 Center for the Arts and in Belmont Cragin at our new Michael and Karyn Lutz Center for After School Matters.

CTVN Digital Video Production Program teens work with a master teacher to create original works in video including PSAs, short documentary, and fictional story telling. Beginning with creative brainstorming and team building activities, the instructor will create a safe, creative environment where apprentices feel at ease jumping into the creative process. The video piece the teens create is made available to share within their school, program location and the community.

Youth In Motion gives teens a chance to be in front of a camera through acting, interviewing, or working behind the scenes by producing, directing, filming and editing. Apprentices perform equipment drills, write scripts, compose storyboards, and participate in various assigned positions in the videos. The goals of the program are to demystify careers in video production, teach job readiness skills, and to train youth as video technicians and instructors. Throughout the program, teens produce individual and group projects on a variety of subjects that they can use as a media portfolio for college or a job. Teen must have a resume, complete an application and be able to demonstrate basic computer and software proficiency or a portfolio of basis art/writing/video skills.

Tech-Kno Camp advanced apprenticeship allows participants to explore careers in technology through hands-on experience with experts in the field of writing and performing, and audio and video recording. Along with exploring different technologies, students also are learning professionalism, teamwork and problem solving on-the-job, and in a variety of studio locations and situations. 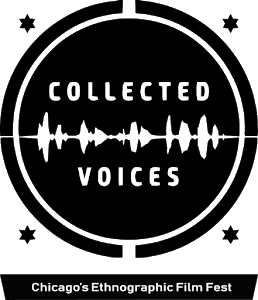 Started in 2015 by Visual Anthropologist, Ife Olatunji with a grant from Chicago Artists Month, Collected Voices is Chicago's first and only Ethnographic film fest, blending together fiction and documentary media from diverse Chicago filmmakers in academia and art.

In 2016, CV received more great films from Chicago and around the world, about real-life everyday experiences. Our festival grew in our second year from 4 venues to 10! We showed more than 40 never before screened films across Chicago, Il.

In 2017 we screened over 30 original films with more than 75% from Chicago filmmakers. More than 50% of our films were women made and from filmmakers of color. Each screening was sold out, including our Awards party at AMFM Gallery filled to capacity, with more than 200 viewers our final night!

No Bad News (Chicago Afrobeat Project & Great Eye Films) - A music video highlighting how one choice impacts our future.
432 (Sierra Jackson) - 432 is a movement-based film that follows the journey of a young woman as she confronts her own anxiety.
Speechless (Corey Hendrix) - A guy has a crush on a girl but doesn't know how to approach her.
In the Fall (Ife Olatunji) - A short vignette featuring Akili and Jackie Thornton as they prepare laundry and discuss their current cost of living.
Baby Mary (Jacqueline Ingram) - Shot with non-actors on the West Side of Chicago, Baby Mary is the story of eight-year-old Kiara, who finds a neglected toddler and decides to take her home.
Wait I'm a Racist (Daniel J. Harris) - A young woman's spunky spirit is crushed when she is accused of being a racist.
Moha (Hassan Amejal) - A young Arab Muslim attempts to blend into American culture but his efforts are thwarted.
An Atrementous Mind (Lonnie Edwards) - A police officer is confronted with his own abuse of power and his newfound perspective saves him from making a deadly mistake.
Red and Purple (Adewole Abioye) - This film explores a young medical doctor and her dream of being a ballet dancer.
A Love Letter to the Ancestors (Ytasha Womack) - A love letter to the ancestors from the streets of the Windy City, this Afrofuturist short film demonstrates that rhythm and dance bridge all times and spaces.

DePaul’s animation program has 13 full-time Animation professors, one of the largest full-time Animation faculties in the US, with expertise in traditional character animation, 3D, storyboarding, game art, stop motion, character design, experimental animation, and motion graphics.  Housed within DePaul’s College of Computing and Digital Media, it has over 250 undergraduate and graduate students majoring in Animation MFA, MA, BFA, and BA degrees.

The Animation program at DePaul University’s School of Cinematic Arts presents a collection of animated shorts by undergraduate and graduate students.  The creation of an animated film offers limitless potential to play with story and experiment with aesthetic, offering a unique experience with every realized piece.  It can seamlessly merge reality with fantasy, or allow a filmmaker to explore concepts that would be uncomfortable or even unacceptable in another form.  This showcase is a collection of films that run the gamut from comedy, to drama, to autobiographical, to experimental, all painstakingly crafted one frame at a time.

FULL SPECTRUM FEATURES NFP is a Chicago-based 501(c)(3) nonprofit organization committed to increasing diversity in the independent film industry by producing, exhibiting, and supporting the work of women, LGBTQ, and minority filmmakers.

A full-service production company and specialty distributor, our award-winning films have screened at over 400 festivals, micro-cinemas, museums, galleries, and alternative screening venues around the world.

Notable recognitions include Grand Jury Prize at Outfest (Signature Move), ReFrame Stamp (Freelancers Anonymous), Streamy Award for Best Indie Series (The T), and the Panavision Prize for Best Short at the Thin Line Fest (The Orange Story), among others.

The Most Satisfying Shorts in the World 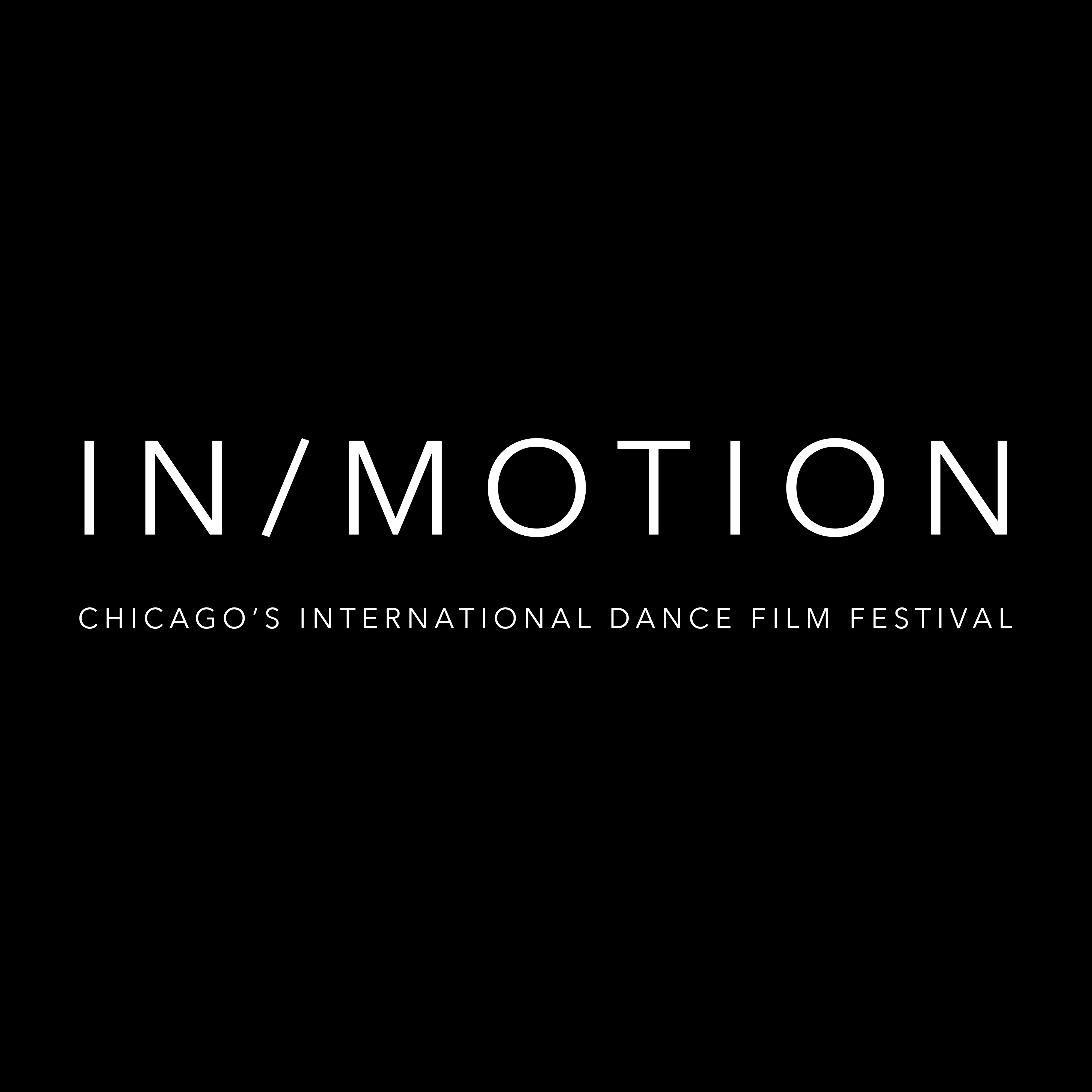 IN/MOTION, Chicago’s International Dance Film Festival, is at the intersection of the presentation, education, and creation. It collaborates with prominent artists and arts advocates, providing intimate and innovative workspaces and showcases. It crafts a space for diverse populations to share, listen, educate, and collaborate on social justice issues through the lens of movement-driven art. In/Motion continues to be an interdisciplinary collaboration between artists who promote social equality and dialogue around sustainable artistry.

Chicago Moves
A selection of short dance films by Chicago artists, curated from the last five years of the In/Motion International Dance Film Festival. Each film promotes In/Motion’s goal to use the intersection of dance and film to be a platform for those not seen and a megaphone for those not heard.

AT HOME IN HUMBOLDT

Curated by Dalina A. Perdomo Álvarez and Raul Benitez, this collection of archival, found and home movie footage showcases the Humboldt Park that is home to so many Chicagoans. From the 1970s to the summer of 2019, this program will explore the neighborhood and highlight the people, places, and events that have shaped Humboldt Park through the years.

Dalina Perdomo Álvarez was born and raised in Puerto Rico and received a BA from the University of Puerto Rico - Mayagüez and an MA in Film Studies from the University of Iowa. She works at Video Data Bank and is the current Curatorial Fellow for Diversity in the Arts at the Museum of Contemporary Photography.
Raul Benitez is the lead film programmer for Full Spectrum Features, Comfort Film at Comfort Station Logan Square and also programs at The Nightingale Cinema. In 2015 and 2017, Raul was named as one of Chicago's Screen Gems by New City.

Footage and films for this curated collection were generously provided by Media Burn, the Chicago Film Archives and the Humboldt Park community.

HUMBOLDT HOME MOVIE NIGHT
The Chicago Film Society presents an evening of 16mm* home movies curated by you. Bring in your 16mm Home Movies and see them projected on the big screen. CFS staff will be on hand to inspect your films before projection.
*If you have 8mm or Super 8 home movies, we won't be able to project them tonight, but look out for Home Movie Day in October, presented with Chicago Film Archives. For more information visit: www.chicagofilmsociety.org

Humboldt Home Movies is made possible by the Chicago Film Society.