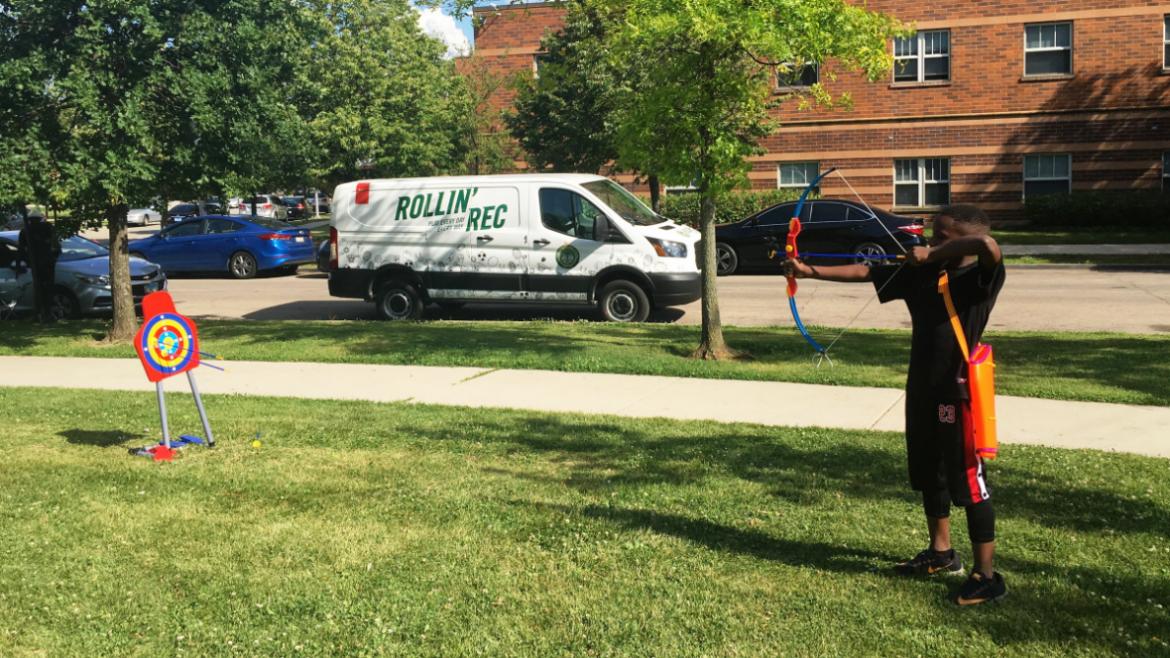 CHICAGO--Mayor Lori E. Lightfoot and the Chicago Park District announced a new record set for youth participation in summer parks programming with over 90,000 participants enrolled across the City of Chicago. This includes 55,000 kids participating in the camps and marks the third consecutive year the Park District set a new summer day camp registration record.

"This summer, the City of Chicago joined together for an all-hands-on-deck partnership to give every young person a safe, rewarding and memorable summer season filled with opportunities to learn and thrive while school is out," said Mayor Lori E. Lightfoot. “Thanks to another record-setting year of Park District programming, youth and families across Chicago's 77 neighborhoods participated in an unprecedented number of sports leagues, movies in the park, and other community-centric cultural opportunities that allowed our kids to have fun and be safe as they prepare for another school year.”

Highlights to this year’s programming included a 33 percent expansion of activities at parks across the city, with new programming including teen sports leagues, BMX and Skating clinics, boxing training and showcases, Girls Day of Play, gymnastics and more. In all, more than 286 parks citywide offered some form of summer programming ranging from summer camps to cultural activities for participants of all ages, including theater, concerts, and movies in the parks.

“Every summer, the Chicago Park District plays an important role in serving all Chicagoans in helping keep our communities active, vibrant and safe,” said Michael P. Kelly, General Superintendent, and CEO. “Whether it is youth participating in one of our many free summer programs, families visiting one of our beaches or outdoor pools, or kids in our day camps, we offer programs to accommodate everyone – and that goes from the recreational to the cultural.”

This summer, the Chicago Park District expanded its Rollin’ Recreation mobile
activity program to 54 parks, four days a week, for six weeks. The program features
the “Rollin Rec Van,” which offers families free activities at parks throughout the
city, with no registration required.

By September 1, the Night Out in the Parks program will have hosted more than 250
movie screenings at 160 parks across Chicago. The Park District’s award-winning
Night Out program brings cultural events to parks throughout the city all year long,
so Chicagoans and visitors alike can enjoy world-class activities in every one of
Chicago’s 77 neighborhoods. By the end of the year, the program will host and
produce more than 2,000 events at Chicago parks – including dance (106 events),
festivals (66), movies (251), music (292) and theater (287).

The Park District also participated in the summer food service program in
conjunction with summer day camp. Lunches and/or snacks were provided for
enrolled children at camps across the city with over one million meals and snacks
served throughout summer.

The Chicago Park District also is making the same financial assistance that was
available for summer day camp accessible to families for the Park Kids after-school
program in the fall. If approved, financial assistance covers half of the program cost.
Participants may seek eligibility at a park today and receive the discount at the time
of online registration. Registrations for the fall session opened earlier this month
and are outpacing last year.

This record season for participation in parks programming follows a call by Mayor
Lightfoot to increase programming for youth in every community during the months
of June through August when school is out. Earlier this summer, Mayor Lightfoot
directed the city’s departments and agencies – including Chicago Park District,
Chicago Police Department, Chicago Public Library, Chicago Public Schools, City
Colleges of Chicago and the Department of Family and Support Services – to
collaborate on programming to keep youth safe, healthy and engaged during
summer break. A comprehensive resource guide, called “YOUR CHI” was released to
provide families with a robust menu of information on where to enroll their child in
positive programming and events, youth health services, learning opportunities, and
free summer meals for students of all ages this summer season.