Due to high waves, the pedestrian trail from Fullerton to North Ave., 47th to 51st St. & both trails from North Ave. to Ohio St. are closed.  Access to the underpasses at Oak St., Chicago Ave. & Division St. is blocked, until further notice.  Please check back for updates or stay connected to our social media. 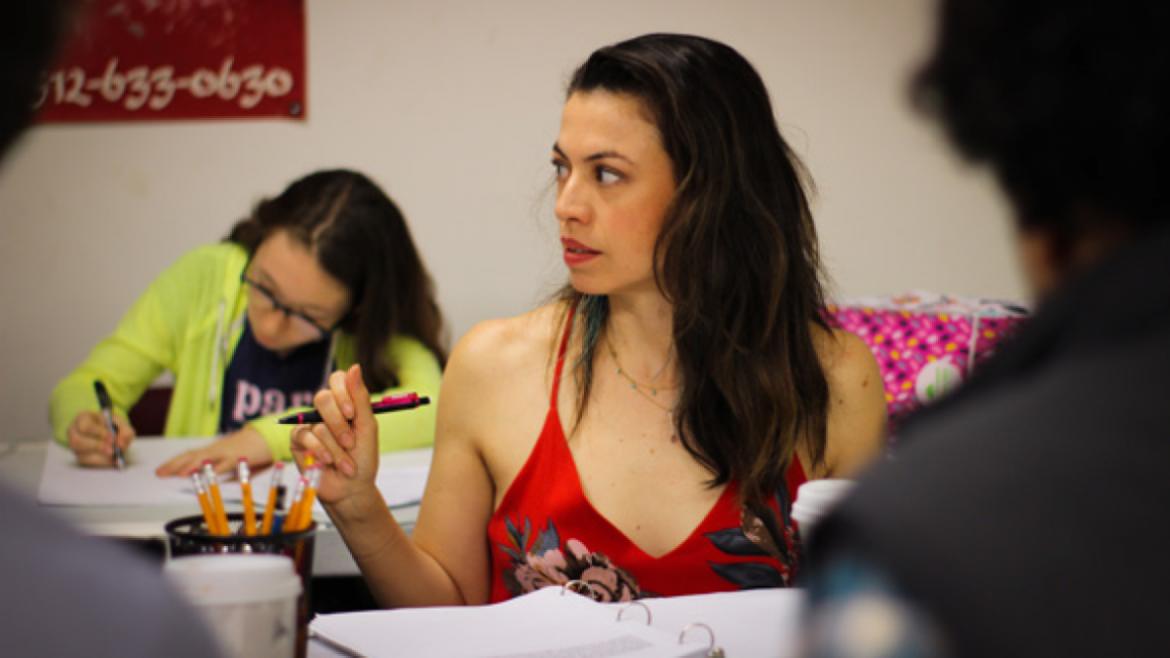 The 2017-2018 Inaugural Commission was awarded to Sandra Delgado, for her play, Felons and Familias.
Chicago Park District

The submission deadline is April 5, 2019

Entering its 67th season and second season developing new work, Theater on the Lake is excited to again call for proposals for its 2019-2020 Theater on the Lake: In the Works New Play Commission. For decades the Theater on the Lake: Chicago Summer Theater Festival has successfully showcased Chicago’s finest off-Loop theater. In order to better support and nurture Chicago’s thriving theater community, the festival is expanding to also support the advancement of new work by Chicago artists through the development of one new play over a two year partnership.

The 2017-2018 Inaugural Commission was awarded to Sandra Delgado, for her play, Felons and Familias.  After a successful two year partnership, with staged readings at Garfield Park Conservatory, Theater on the Lake, Kelvyn Park and Eugene Field, the play was mounted for the first time as part of the 2018 Theater on the Lake festival at Hamlin Park this past July. It went on to receive additional support from The Goodman Theatre’s New Stages Festival in the fall of 2018.

The 2019-2020 selections will be curated by a diverse committee of Chicago literary managers, playwrights and dramaturgs, with support from Theater on the Lake’s 2019 Artistic Curators Quenna Barrett and Tony Santiago. The recipient of this new play commission will receive the following support:

1.    A small stipend;
2.    Three seasonal public readings held in Chicago Park District locations throughout the city, kicking off in the summer of 2019. These readings will be fully cast by a Chicago casting director, and supported by established literary managers and dramaturgs in Chicago;
3.    Consultation with literary managers and local dramaturgs throughout the development process;
4.     Developmental production as part of Theater on the Lake’s 2020 season.

At this time the Chicago Park District’s Theater on the Lake is accepting submissions here.

1.    A full-length, never-before-produced play as a draft (no musicals, please);
2.    A statement (approximately 500 words) explaining why you are interested in collaborating with Theater on the Lake to continue developing this play as the commission;
3.    A professional resume outlining your playwriting and other related experience.
(Please Note: Synopses and 10-page work samples will NOT be considered.)
In order to be considered, playwrights must meet the following criteria:

1.    Playwrights must be a Chicago resident;
2.    You are interested in citywide community feedback as part of the development process;
3.    You have had at least one fully produced play (academic productions are eligible).

The full season schedule will be announced mid-May and can be accessed through the My Chi ParksTM mobile application, which is available to download on Apple and Android devices.

For more information about Theater on the Lake, visit www.chicagoparkdistrict.com, or on facebook.com/TheaterOnTheLake.

Mayor Rahm Emanuel, the Department of Cultural Affairs and Special Events (DCASE) and the League of Chicago Theatres have designated 2019 the “Year of Chicago Theatre.” Theater on the Lake is proud to be a part of this citywide, year-long focus on theatre. The initiative is the first of its kind in the U.S. The initiative will include theatre performances – including improv, dance, opera, puppetry and more – and special events for the public at hundreds of cultural venues, theaters, parks and neighborhood locations throughout the city.

Theater on the Lake: The Chicago Summer Theater Festival is presented as part of Mayor Emanuel's Night Out in the Parks, a series of cultural events and activities at parks across the city; most events offer free admission. Launched in 2013, Night Out in the Parks is part of Mayor Emanuel’s citywide vision for art and culture. It is also a key component of the Chicago Cultural Plan, which was launched by Mayor Emanuel and DCASE in 2012 and is the first plan of its kind in more than 25 years. Through the Cultural Plan, the City is making investments in public art, music festivals, films, concerts, exhibitions and performances.
Through this app, patrons can access to all 1,000+ Night Out in the Parks events on the go, helping them to plan a spontaneous night out. Exciting features of the app include a full event list, park list and geolocation to help users identify nearby activities.

Theater on the Lake’s Fullerton Street location reopened in 2017 after undergoing extensive renovations. The location includes a restaurant, The Lakefront, event spaces, outdoor seating and patio, as well as a state of the art theater with increased capacity for both productions and audiences.

The Chicago Park District is celebrating its 85th anniversary in 2019 and is a Gold Medal Award winner, recognized for excellence in park and recreation management across the nation. For more information about the Chicago Park District’s more than 8,800 acres of parkland, more than 600 parks, 26 miles of lakefront, 12 museums, two world-class conservatories, 16 historic lagoons, nearly 50 nature areas, thousands of special events, sports and entertaining programs, please visit www.chicagoparkdistrict.com or contact the Chicago Park District at 312/742.PLAY or 312/747.2001 (TTY). Want to share your talent? Volunteer in the parks by calling, 312/742.PLAY. Follow us at facebook/chicagoparkdistrict, on Instagram/chicagoparks and on Twitter @chicagoparks.