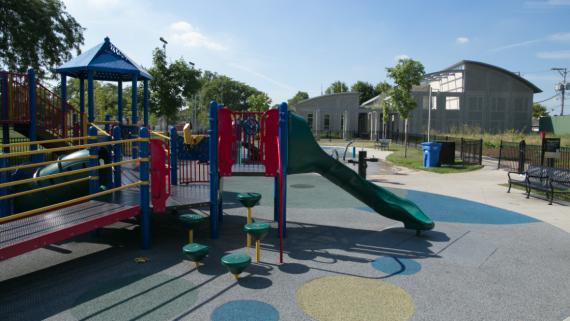 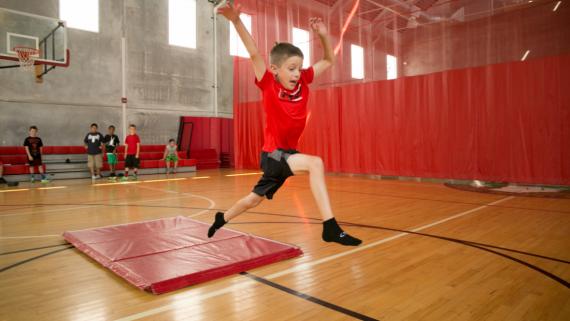 Fun in the gym at Taylor-Lauridsen Playground Park 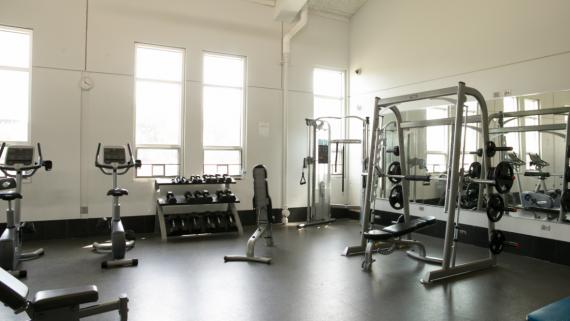 The fitness center at Taylor-Lauridsen 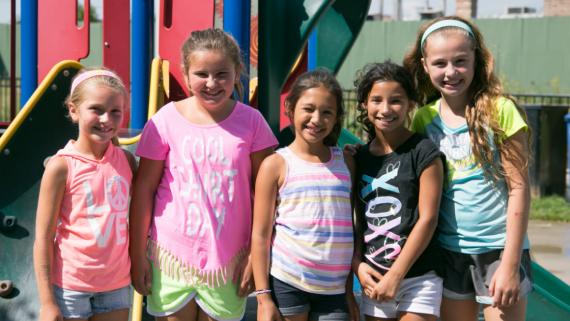 Outside, the park offers a soft surface playground, an athletic field for football or soccer and a baseball field. Many of these spaces are available for rental.

Park-goers can play seasonal sports at the facility. After school programs are offered throughout the school year, and in the summer youth attend the Park District’s popular six-week day camp.

In addition to programs, Taylor-Lauridsen Park hosts fun special events throughout the year for the whole family, such as holiday events and Night Out in the Parks movies and concerts.

The New City community grew up around Chicago's world-renowned Union Stock Yards, founded in 1865. By the first decades of the 20th century, the stock yards and related industries had brought successive waves of immigrant laborers into the neighborhood. New City's population reached 92,659 in 1920.

In 1922, the city's Bureau of Parks and Recreation decided to establish a much-needed park in the northeast corner of the neighborhood. However, condemnation proceedings delayed development for more than five years.

Finally, in 1928, the bureau improved the site with a gravel-surfaced playground and ball diamond, an oval wading pool with a pergola shelter, and a small office building with open sand court wings. In the years following World War II, the building wings were enclosed to create a year-round recreational building, and the wading pool was converted to a spray pool.

In 1959, the city transferred the park to the Chicago Park District, along with more than 250 other properties. After paving the playground in 1964, the park district made more extensive improvements in the late 1980s and 1990s, constructing a soft surface playground and enclosing the park with ornamental fencing.

The park and adjacent Graham Elementary School are jointly operated by the park district and the Board of Education. The park was long known as Boyce Field. In September, 1976, the park district renamed the site Taylor-Lauridsen Park at the request of numerous community groups and organizations.

The park's new name honors highly-regarded neighborhood residents John Taylor and Emil Lauridsen, who were murdered on March 13, 1976 after stepping in to help a 15-year-old who was being attacked by four assailants.

Movies in the Parks at Taylor-Lauridsen