Our Fitness Center will be closed until further notice due to maintenance. We apologize for the inconvenience. 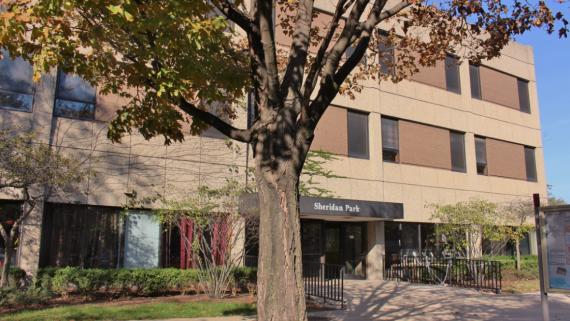 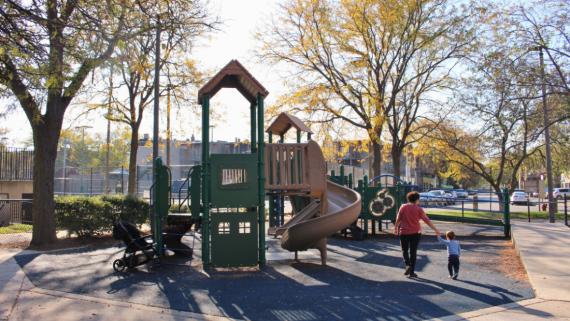 The playground at Sheridan 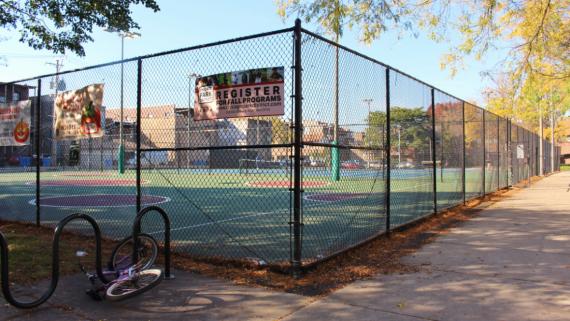 Tennis and more at Sheridan! 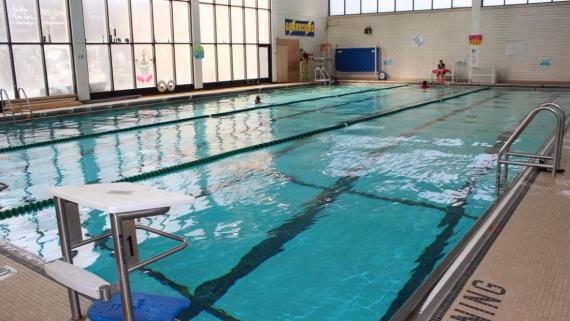 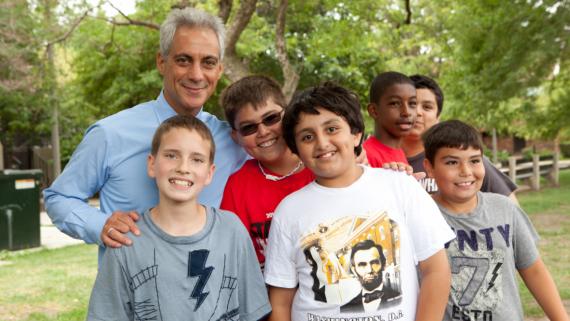 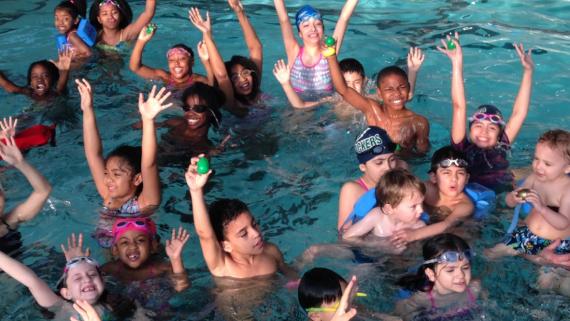 Egg hunts in the pool at Sheridan
Location:

Located in the Near West community, Sheridan Park totals 4.46 acres and features a three-story fieldhouse with an indoor swimming pool, combination gymnasium and assembly hall, a boxing center and six classrooms. Outside, the park offers baseball fields, athletic field for football or soccer, a playground, an interactive water spray feature, tennis courts and an artificial turf field.

Many of these spaces are available for rental. Park-goers can play baseball, basketball or tennis at the facility. After school programs are offered throughout the school year, and in the summer youth attend the Park District’s popular six-week day camp.

In addition to programs, Sheridan Park hosts fun special events throughout the year for the whole family, such as swim meets, Movies in the Park screenings, egg hunts and game nights.

The West Park Commission created Sheridan Park between 1912 and 1914 to provide breathing space and social services to the congested near west side. The commission's first three neighborhood parks, Dvorak, Eckhart, and Stanford, were so successful that the State passed a bill permitting additional parks in 1909. (Stanford Park no longer exists.) Focusing particularly on programming for children, the West Park Commission often referred to these as "playground parks."

The commissioners decided that due to the proximity of the school, which had both an assembly hall and gymnasium, no fieldhouse was necessary in Sheridan Park. Over the years, the school facilities proved to be inadequate, and in 1977 the Chicago Park District constructed a large fieldhouse in Sheridan Park. The three-story building, similar to the Gill Park fieldhouse on the north side, includes an indoor swimming pool, combination gymnasium and assembly hall, and six classrooms.

Because of the building's size and scale, community residents often refer to this as a "high-rise" park. The park honors Civil War hero Philip Henry Sheridan (1831-1888). One of the Union Army's most successful cavalry leaders, Sheridan gained widespread fame through Thomas Buchanan Read's poem "Sheridan's Ride."

After achieving the rank of Brigadier General in the regular Army in 1864, Sheridan became a 4 star general in 1888. Nineteeth century Chicagoans had special reverence for him because he served as commander of army headquarters here in 1871, and played a significant role in limiting the spread of the Great Fire on the city's south side.

Second Monday of the Month at 6pm