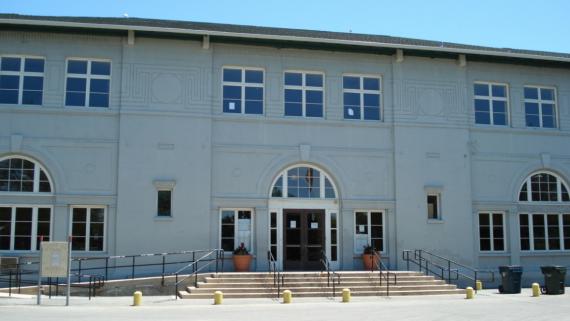 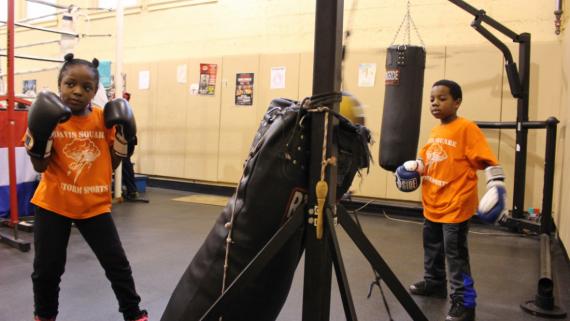 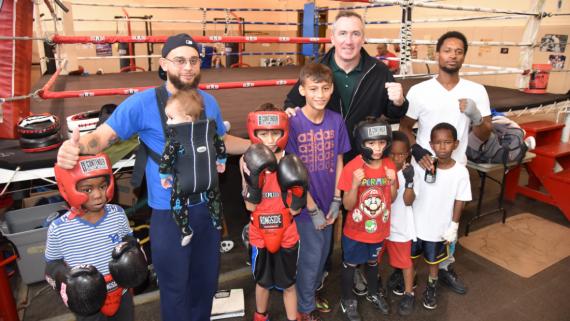 Superintendent Mike Kelly in the boxing gym at Davis Square 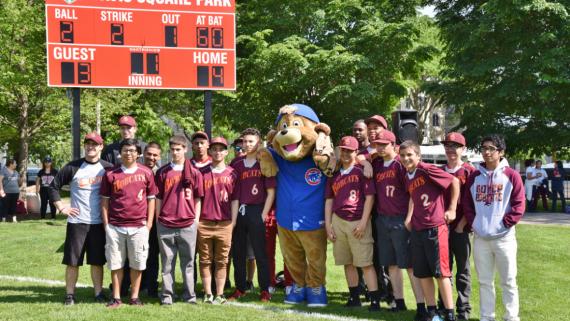 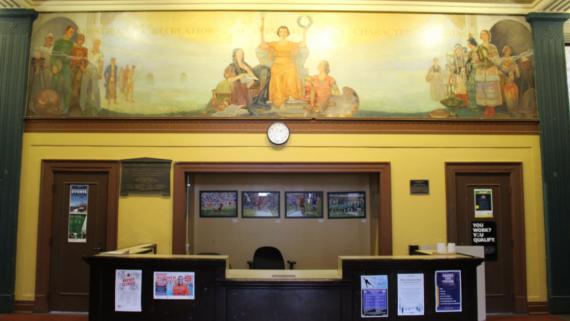 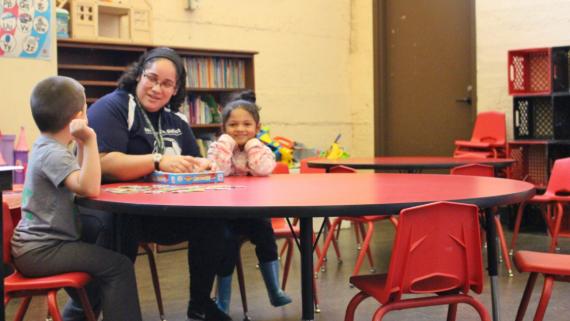 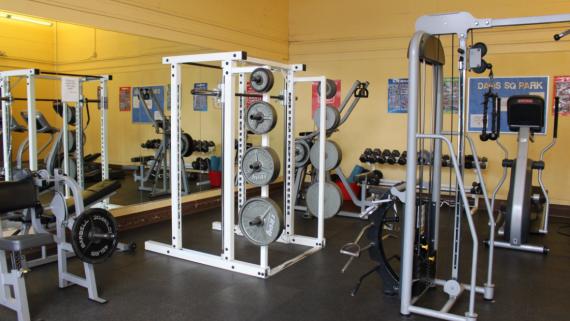 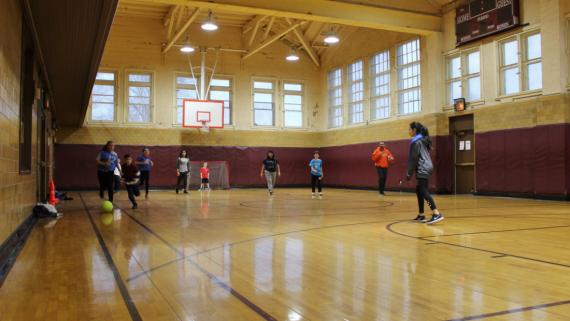 Davis Square was one of ten innovative parks which opened in 1905 to provide social services as well as breathing spaces to Chicago's congested tenement districts.