Families gather at the playground for a day of fun.

Multi-purpose room - great place for your next party! 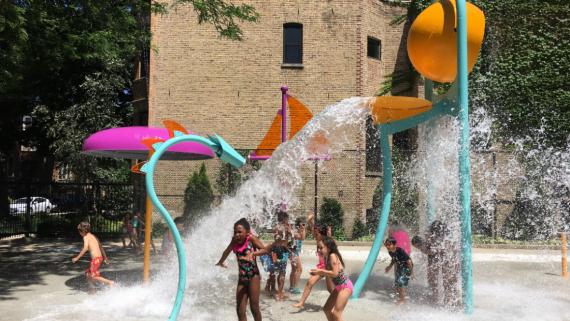 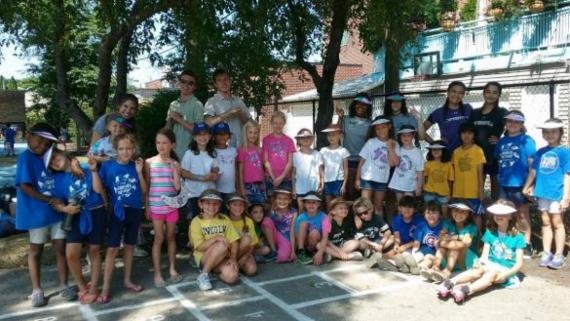 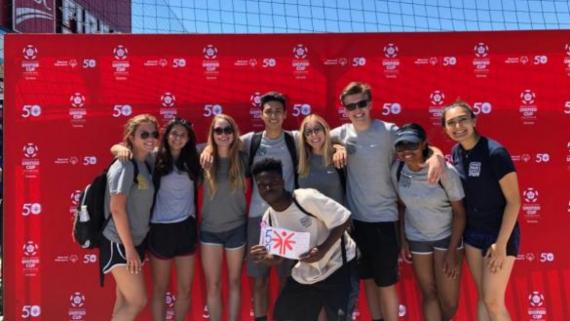 Tucked away in Lincoln Park Community Area, Adams Playground is truly a treasure in the community and welcomes neighbors into the park year-round. The park is 0.78 acres and features a small field house that hosts indoor activities for the little ones - from Moms, Pops and Tots to Summer Camps.

The talented and dedicated staff at Adams Playground invites you to stop by and check out what’s happening at the park.

For those interested in using the picnic tables on the weekends - a permit is required. Please check with park staff on availability.

Established in 1902, Adams Park bears the name of attorney and Congressman George Adams (1840-1917) and his wife Adele (Foster) Adams. George and Adele gave the City of Chicago use of two-thirds of an acre of property in their Lincoln Park neighborhood as parkland. Placed under the jurisdiction of the City's Special Park Commission, on which George Adams served, Adams Park had playground apparatus, a shelter house, and sand court as early as 1904. In 1910, the Adamses conveyed title to the property to the City. By 1916, the Special Park Commission had added a playing field that was flooded in winter for ice skating. The City transferred Adams Park to the Chicago Park District in 1957 pursuant to the Chicago Park and City Exchange of Functions Act. In 1997, a new interactive waterplay area, named for retired school teacher Dorothy Melamerson, opened in Adams Park. Ms. Melamerson provided funding for the children's water feature through a bequest in her will.

Most programs run from Monday, April 04 to Sunday, June 12.