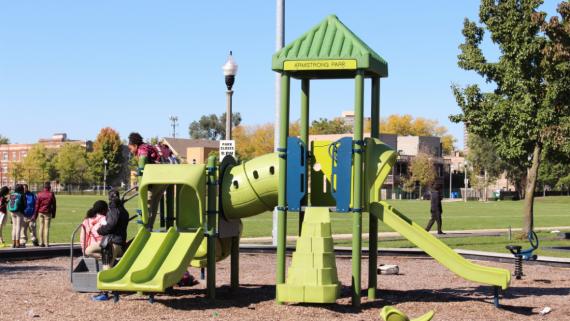 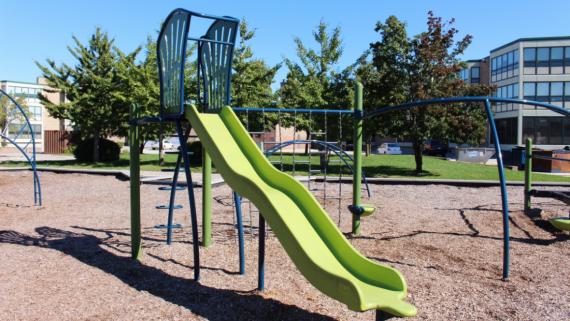 This small park totals 9.27 acres and is located in the Grand Boulevard Community Area. The park features baseball diamonds, basketball courts and a playground that was renovated in Fall 2013 as part of the Chicago Plays! Program.

While there is no structured programming taking place at this location, we invite you to check out our great programs offered at nearby Kennicott Park for recreation.

Park No. 492 became part of the Park District’s park portfolio in 1993. The park was renamed Lillian Hardin Armstrong Park in 2004 as part of an effort by the Chicago Park District Board of Commissioners to recognize the contributions of Chicago women.

Armstrong (c, 1898 – 1971) was a jazz musician, composer and bandleader. A member of the Chicago band known as the New Orleans Creole Band in the 1920’s, she met and married trumpeter Louis Armstrong in 1924. After separating from Louis in 1931, she led two all-women bands, played piano on many recordings, and composed many songs, including “Just a Thrill,” which became a hit for Ray Charles. Throughout the rest of her life, she played a major role in Chicago’s music scene. She died in Chicago in 1971 during a tribute concert to Louis Armstrong, who had passed away the month before.

3rd Monday of the month 6pm

Out of an abundance of caution Park Advisory Council Meetings will be held virtually for the near future. Please contact the Armstrong PAC for details.