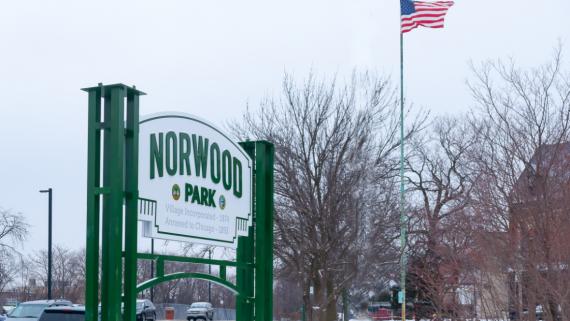 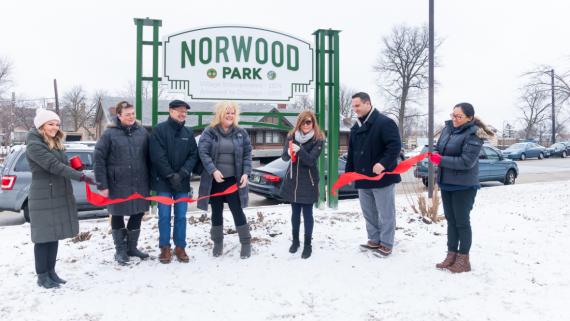 Enjoy the green space while waiting for the train!
Location:

While there is no structured programming taking place at this location, we invite you to check out our great programs offered at nearby at Norwood Park.

Centennial Park straddles the tracks of the Chicago and Northwestern Railroad and the line's Norwood Park depot. As early as 1906, the Special Park Commission was managing a one-acre greenspace south of the tracks. When the railroad erected a new station several years later, the commission improved another acre-and-a-half north of the tracks and depot. Landscape architect and commission member Jens Jensen developed a park plan, and the commission installed a driveway and sidewalks; lawn and shrubs; benches; and a "drinking fountain for man and beast." The commission also reconstructed the southern parcel. Initially known as Norwood Park No. 3, the property was soon designated The Railway Garden. The shaded park, still used exclusively for passive recreation, was transferred to the Chicago Park District in 1959. In 1975, the park district renamed the site Centennial Park at the request of the Norwood Park Citizen's Association. The new name commemorates the centennial of Norwood Park's incorporation as a village in 1874.