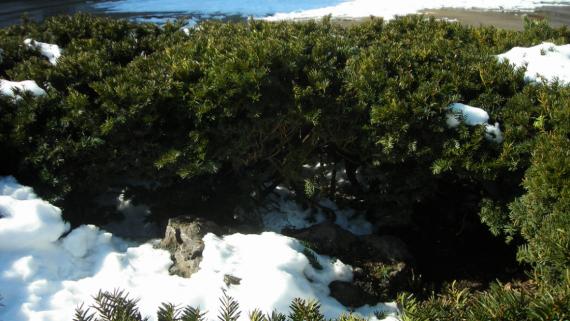 In 1890, as laborers were laying the foundation for a new Masonic Temple at State and Randolph Streets, they discovered a relic of the 1871 Great Chicago Fire—an enormous hunk of molten iron, stone, and brick embedded in the ground. The site had previously been Hall & Kimbark’s “ironware house.” The firm’s stock of bar iron had melted into the store’s stone and brick structure during the blaze, forming the unusual relic. The Chicago Tribune reported, “A gang of laborers have been engaged in the effort to break the hard black mass or remove it in some way, but without success. Two wagons have already been broken in the effort and Norman T. Gassette, President of the company says that anyone who wants the troublesome relic can have it—by taking it away at his own expense.”

Charles F. Gunther (1837–1920), a successful Chicago candy manufacturer and local politician acquired a large piece of the relic. His own candy store, located at 125 South Clark Street, had been a casualty of the Chicago Fire. A passionate collector of art and antiques, Gunther added the relic to what was already a large collection of artifacts. After Gunther’s death, the Chicago Historical Society—now the Chicago History Museum—purchased many significant pieces of his collection, including this Chicago Fire Relic. Today, the artifact can be difficult to find, as it is buried in the shrubbery on the east side of the museum.