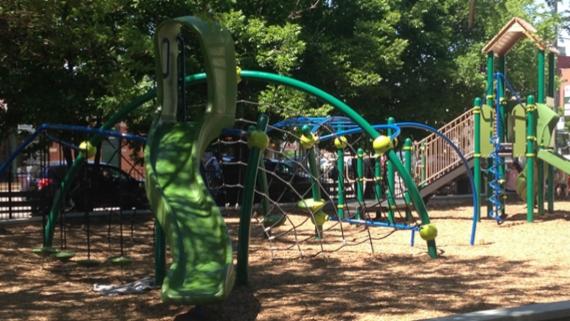 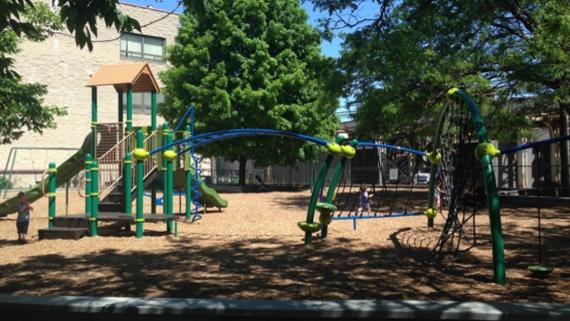 Check out the playground!
Location:

This 0.49 acre park is located in the Lincoln Park community (on Clybourn Avenue, one block east of Sheffield Avenue). It has a play-slab with two basketball standards and a new Chicago Plays! playground.

While there is no structured programming taking place at this location, we invite you to check out our great programs offered at Adams Playground Park.

In 1943, Chicago's new $34 million subway system opened to the public. Making use of a small parcel of city-owned land above the north-south line (now the red line), the Bureau of Parks and Recreation built a 1/2-acre playlot in the then declining Lincoln Park neighborhood. Following the bureau's standard practice, the site was named for adjacent Clybourn Avenue. The street honors Archibald Clybourne (1802-1872), an early Chicago butcher who built a rambling 20-room mansion in 1836. Clybourne was a justice of the peace, a school trustee, and Chicago's first constable.

Initially installing a basketball court and playground equipment, the city added a sandbox and wading pool by 1950. In 1959, the city transferred Clybourn Park to the Chicago Park District, along with more than 250 other properties. Paving the entire playlot with asphalt in the early 1960s, the park district substantially rehabilitated the site in the late 1980s by replacing asphalt areas with turf and plantings.