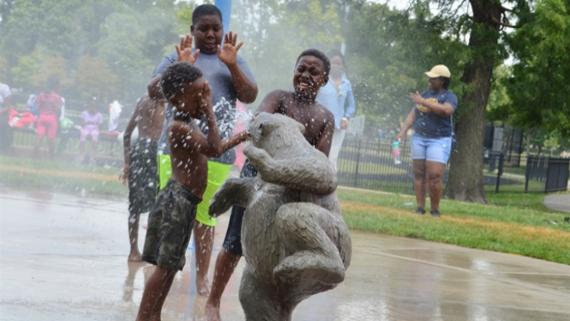 Sunshine Daydream Playground is a musically-themed play space, appropriately named after the famed rock band Grateful Dead’s popular song that bears the same name. The playground features a design inspired by musical instruments. Activities on the unique playground include cello spinning, piano climbing, xylophone playing, drumming and more. The playground was funded, in part, through a partnership with Airbnb Partners.