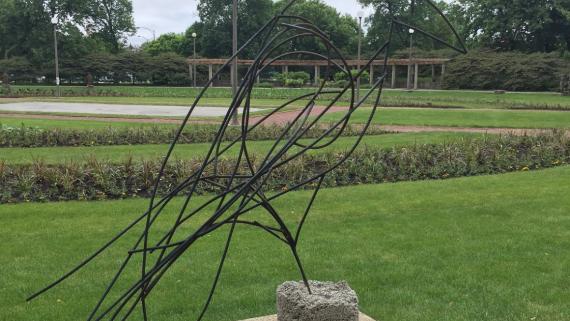 Andrea Jablonski and Laura Miracle’s collaborative work is defined and inspired by spaces where the lines between 'natural' and 'man-made' are blurred. Guardians of the Green was inspired by the importance of public green spaces for birds of all species.

Humboldt Park is host to more than 65 species of birds, from woodpeckers to flycatchers, warblers to waxwings. But of all those, the common crow (Corvus brachyrhynchos) stood out with its resilience, its adaptability, and its tendency to build nests with whatever local material is most abundant: native grasses, wire coat hangers, or cigarette butts. Often considered ominous, we find comfort in its presence.

Guardians of the Green | Artwork

Guardians of the Green | Artwork