The competition was open to individuals between the ages of 12 and 18.  The monologues had to be submitted between September 21 and October 26, 2015.  Students were directed to write a monologue of no more than 350 words, in the first person from the statue’s point of view, with a heading that includes the following information:

A panel of six judges selected the winner.

Aela Morris is a 17 year old junior at Evanston Township High School.  In addition to writing, she enjoys playing the violin and editing her school’s literary magazine. In order to write this monologue, she visited the statue and took photographs of the surroundings from the perspective of the statue, which helped her get a feel for what it would be like to actually “be” the statue. She also researched the statue’s origins and the World’s Fair were it was first displayed. She said that “hearing my monologue being recorded was an awesome experience. It was like my words just jumped up off of the page and became something far beyond what I could have ever imagined.”

Read her winning monologue here
Make sure to visit the statue in Lincoln Park with your smart phone to hear the Fountain Girl's story in person.

The monologue was voiced by a Chloe Grace, a freshman at Chicago High School for the Arts, who is also a Chicago Park District student actor from Austin Town Hall Park.

Aela Morris (on left below) participated in the recording session with Austin Town Hall Park actress Chloe Grace (on right) for the monologue, which took place at Steppenwolf Theater.  Steppenwolf is one of the cultural partners of Statue Stories Chicago. 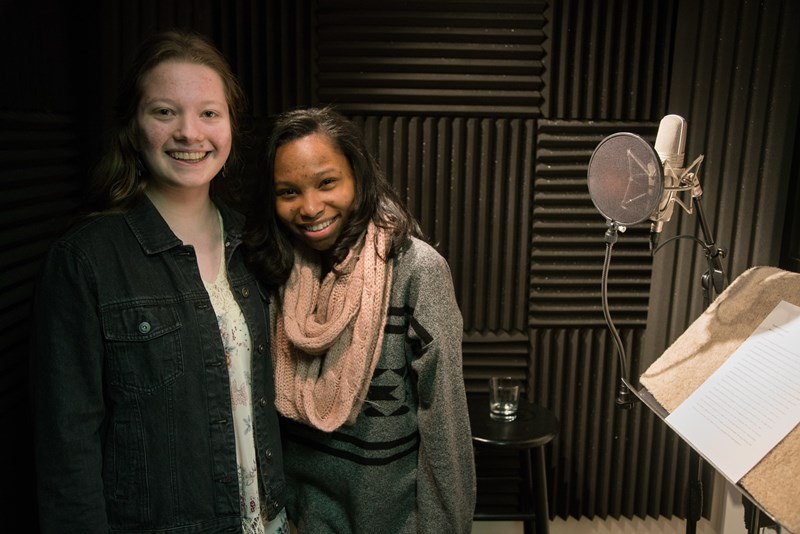 The judges also decided to award Honorable Mentions to the following students:

Read their entries by clicking on their names above.

As a result of the Teen Competition, the Fountain Girl in Lincoln Park is now telling her story, and will continue to through August 2016.  Visit the statue with your smart phone to hear her story. 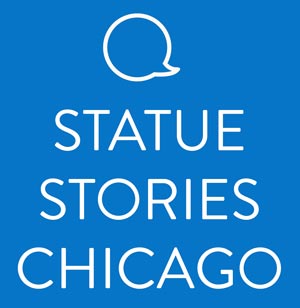 Statue Stories Chicago is produced by Sing London and funded by The Richard H. Driehaus Foundation.
The public  teen writing competition is delivered in partnership with the Chicago Park District.
Interpretation devised and created by Art History Link, the arts educational consultancy. www.arthistorylink.co.uk