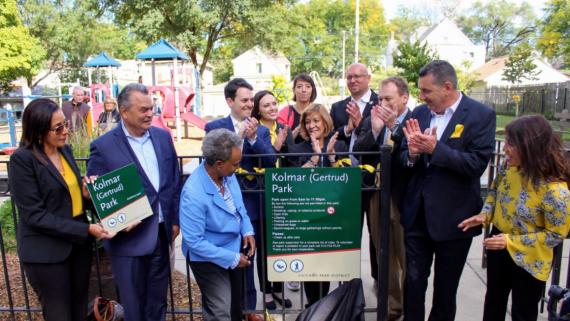 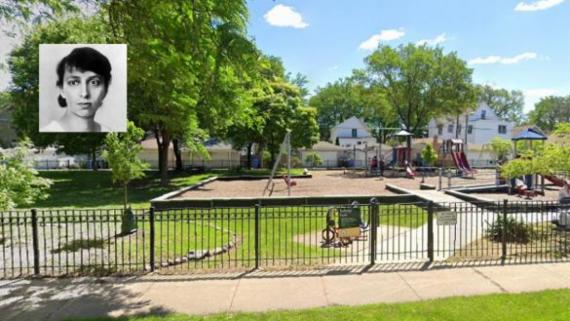 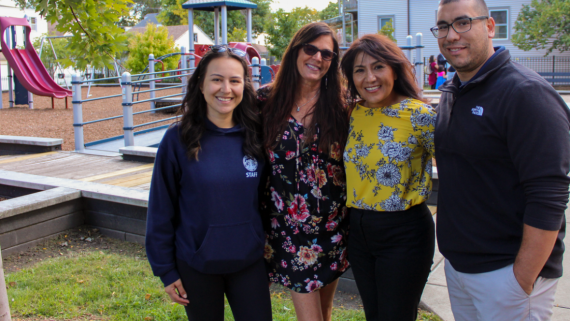 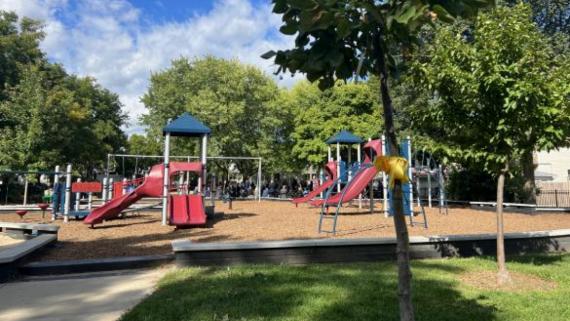 This park sits on 1.01 acres in the Irving Park neighborhood (approximately one block north of Irving Park Road and three blocks west of Kostner Avenue). It contains a junior baseball field and a soft surface playground with a sandbox.

While there is no structured programming taking place at this location, we invite you to check out our great programs offered nearby at Mayfair Park.

In April of 2022, the park was renamed in honor of celebrated poet and writer Gertrud Kolmar, who was born in Berlin in 1894 and was killed in the Auschwitz concentration camp in 1943. Gertrud Kolmar is considered one of the greatest German language poets of all time, as well as one of the greatest poets of Jewish descent. Kolmar's surviving work consists of four hundred and fifty poems, three plays, and two short stories.

Due to the efforts by leaders in both Chicago's Old Irving Park neighborhood and Jewish Community, the park was rededicated to honor Gertrud Kolmar.

Originally, Kolmar Park took its name from adjoining Kolmar Avenue, named for a European city located on the border between France and Germany. Plans for the park began in 1929 when the Irving Park District ordered a survey of its .8-acre site. The district intended to build a small fieldhouse and separate boys' and girls' playgrounds there, but due to a major funding shortage, only minimal site improvements were undertaken.

In 1934, the Great Depression necessitated the consolidation of the city's 22 independent park agencies into the Chicago Park District. Using federal relief funds, the newly-created park district soon began work to complete Kolmar Park. The park district improved the site with a playground and a playing field that was flooded for ice skating in the winter. In the early 1990s, Kolmar Park received a soft surface playground, and the entire site was enclosed with new ornamental fencing.