Movies in the Park at Lake Shore 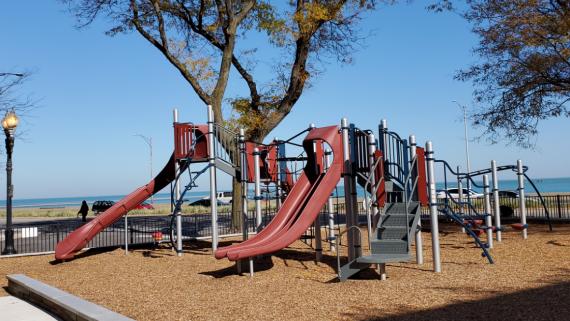 The playground at Lake Shore Park

The gymnasium at Lake Shore 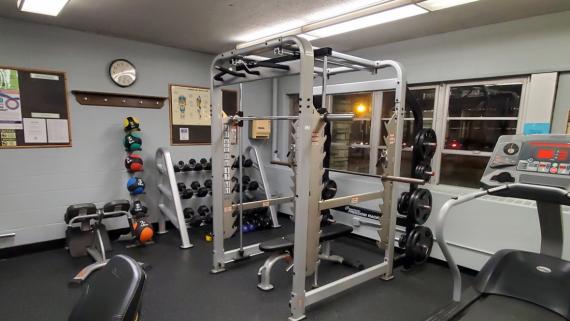 The view of the city at Lake Shore Park
Location:

Located in the Near North community also called Streeterville, Lake Shore Park totals 7.08 acres and offers extensive outdoor recreational opportunities for a densely populated community. Amenities include tennis courts, a quarter-mile soft surface running track and a playground. Inside, the park offers a full-size gymnasium, a fitness center and meeting rooms. Many of these spaces are available for rental for special events.

Park-goers come to Lake Shore Park to play seasonal sports at the facility. After school programs are offered throughout the year, and in the summer, youth attend the Park District’s popular six-week day camp.

In addition to programs, Lake Shore Park hosts fun special events for the whole family, such as concerts, Movies in the Park and other Night Out in the Parks events.

Lake Shore Park was planned for years before development began by the Lincoln Park Commission just before 1900. The Lincoln Park Commission was one of three Chicago park boards created by the Illinois state legislature in 1869. Twenty years later, the legislature gave a section of accumulating duneland north of Chicago Avenue to the park commission.

The City of Chicago challenged the commission's ownership, but the matter was resolved in the commission's favor in 1895. Shortly thereafter, plans were drawn for what was initially known as Chicago Avenue Park. In 1897, the commission began stabilizing and expanding the site with landfill, a process that would continue for many years. Landscape improvements began in 1900.

In 1907, the Lincoln Park Commission agreed to expand the park by improving city land just west of the park. At the time, the Lincoln Park Commission was a leader in a national movement toward neighborhood parks. The commission's efforts included Seward and Stanton parks, developed during the same period. In 1908, the commission officially named the expanded property Lake Shore Playground, in recognition of its location. A shelter house was erected, and outdoor recreational facilities installed.

By 1915, the city had reclaimed its land, transferring it to the State of Illinois for an armory. The commission completely redesigned the remaining parkland in the following years. Demolishing the original shelter house, the commission constructed a new brick fieldhouse. The 1916 fieldhouse sat at the east end of the park, facing Lake Shore Drive and Lake Michigan. A running track, baseball diamond, and tennis courts stretched to the west.

The Chicago Park District took control of Lake Shore Park in 1934, when the 22 city park districts were consolidated into a single unified district. In 1963, the park district dismantled the 1916 structure and built yet another fieldhouse on the park's eastern border. The armory to the west was demolished in the 1990s, and Lake Shore Park is now bordered by the stepped terraces of the new Museum of Contemporary Art, designed by Josef Paul Kleihues.

Midnight Circus in the Parks at Lake Shore

Midnight Circus in the Parks at Lake Shore