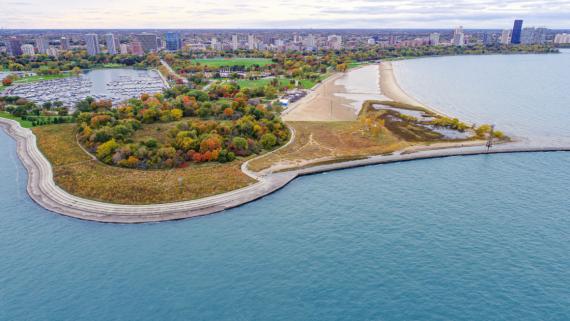 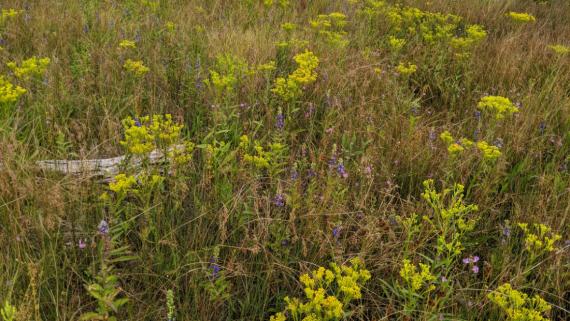 Montrose Beach Dunes is a natural area located on the eastern end of Montrose Beach within Lincoln Park. The area was originally formed by landfill and has since been shaped by natural processes. In 2001, the Chicago Park District stopped grooming the area to encourage dune formation. As a result, the site now contains beach, foredune, and globally rare panne habitat, which support numerous state threatened or endangered plant species. In 2005, the Illinois Department of Natural Resources added the site to the statewide list of high-quality natural areas known as the Illinois Natural Areas Inventory (INAI). The size of the natural area changes annually depending on lake levels.

Montrose Beach Dunes is an important area for foraging, migrating, and resident shorebirds, including the federally endangered Great Lakes piping plover, which first nested at the site in 2019. In total, over 300 bird species have been recorded at Montrose Beach Dunes and the adjacent Montrose Point Bird Sanctuary.

Much work has been done to bring this natural area to its current state. The dunes have benefited greatly from the dedication and hard work of community volunteers who assist the park district by collecting and planting native seed and plugs, picking up trash, monitoring flora and fauna, and removing invasive species. Learn more about volunteer opportunities in Chicago Park District Natural Areas by visiting our Community Stewardship Program page.

For several years, federally endangered Great Lakes piping plovers have nested at Montrose Beach Dunes. After first nesting in this area in 2019, a pair were named Monty and Rose, a nod to the name of their chosen summer home. Monty and Rose returned each year for several years to nest at Montrose Beach Dunes. In 2021, researchers documented 74 pairs of these birds across the Great Lakes region, up from only 13 pairs in 1990. Conservation of the species in Chicago is a team effort. The Chicago Park District, U.S. Fish and Wildlife Service, Illinois Department of Natural Resources, and USDA APHIS Wildlife Services work in concert to manage habitat, fence, post signage, and protect nests. Chicago Piping Plovers volunteers monitor the birds from dawn to dusk when active nests are present. Learn more about the history and biology of this species at the Chicago Piping Plovers and Great Lakes Piping Plovers websites.

Portions of the Montrose Beach Dunes Natural Area are managed as "early successional" habitat: open, sandy areas without a dense cover of plants. This conservation effort benefits shorebirds such as the Great Lakes piping plover and other rare, threatened, and endangered species that grow, forage, or nest only in this particular type of habitat. Wave action from Lake Michigan helps to maintain some open, sandy areas, but with so few protected sand beaches in Illinois, management by people can create more spaces for these rare species to thrive. Activities conducted may include periodic grooming, handpulling, and other management of undesirable plants.

During migrating and nesting season, some areas of Montrose Beach Dunes may be closed to the public to provide ample space for foraging, resting, and nesting. Dogs are not allowed on public beaches or in natural areas. Please follow posted signage and fencing.