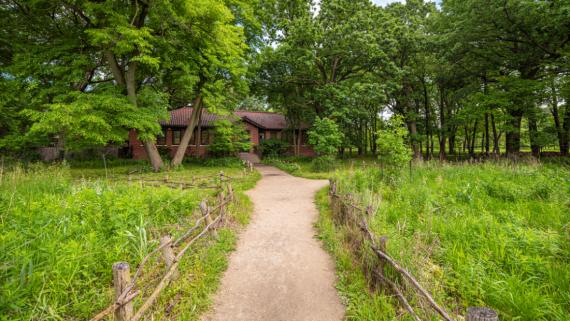 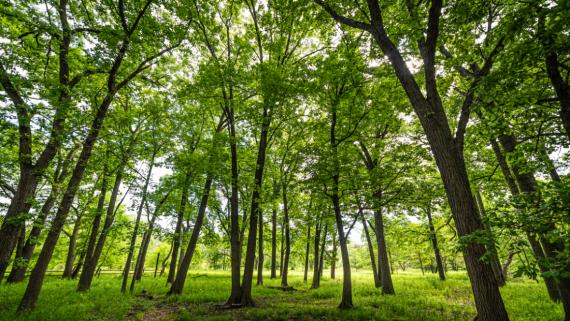 Come out and volunteer! 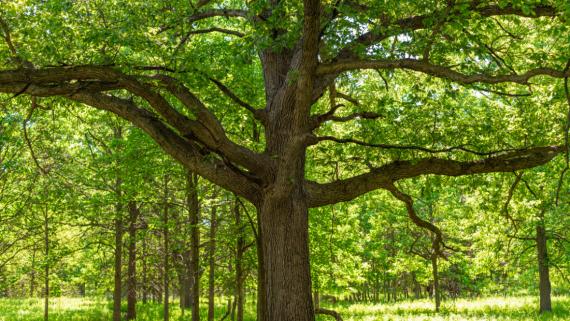 Located on the northwest side of Chicago, North Park Village Nature Center features a 46-acre nature preserve and educational facility, situated within the 155-acre North Park Village campus. The nature preserve offers trails that wind through woodland, wetland, prairie, and savanna. A discovery room, a hands-on table of natural objects, and interactive displays are highlights of the Nature Center. In addition to the Nature Center and preserve, visitors can also enjoy exploration through Walking Stick Woods, a 12-acre woodland with trails and nodes designed for Nature Play.

The mission of North Park Village Nature Center is to provide visitors with an opportunity to interact with and learn about wildlife and natural resources in an urban setting. There are programs, events, and activities for all ages to enjoy while discovering our shared natural heritage at the first nature center within the city of Chicago. Open 7 days a week (excluding holidays) from 9:00 am - 4:00 pm.

Whether you seek serenity, a place to spot a rare bird or a place to volunteer your time and talent, visit this oasis of nature in the city – this hidden gem.

The North Park Village Nature Center is often described as a hidden gem in the city. But this site was well known to generations before us, and clues to how people used the land can be found here. During pre-settlement times, the wild onion and wild leek growing in wet woods here inspired Native Americans to name area the “land of the stinking onion” which was translated to “Chicago” by European settlers. In the early 1800s, farmers drained the wet areas to plant crops. And in the mid-1850s, a Norwegian immigrant Pehr Samuel Petersen purchased the land and established a tree nursery here. The very successful Mr. Peterson provided trees and shrubs for the World’s Fair in 1893, many of the trees historically planted in Lincoln Park and a large number of all the trees planted in Chicago’s parkways and boulevards by 1910.

During the early 20th century, as increasing numbers of Chicagoans were contracting Tuberculosis, local officials decided to establish a sanitarium at the outskirts of the city where patients could live and receive treatment in a country-like setting.  After the passage of the State and City Sanitarium Acts of 1909, a 160-acre plot of previous nursery land and some adjacent farmland at Bryn Mawr and Pulaski avenues was selected as the site for the sanitarium.

The Sanitarium’s Board of Directors hired landscape architect Ossian Cole Simonds (1855 – 1931) and architects Clark & Otis to design and layout the facility.  Portions of the land were changed into paths, gardens for growing food, fields to play and a pond for recreation. Clark & Otis designed a small brick cottage like structure that would become the Nature Center.  This originally served the Sanitarium’s dispensary, where certain patients could come to get their medications. Patients were here from 1915 when Chicago’s Municipal Tuberculosis Sanitarium first opened until the mid 1970s, when facility closed after TB had been largely eradicated.

In the late 1970s, developers planned to raze the buildings and landscape and convert build commercial property here. However, community activists rallied against these plans, ushering in the creation of North Park Village and preservation of the buildings and landscape. In 1989, an easement was enacted to prohibit any development of this property and to define how it was to be maintained as a natural area for 75 years. Efforts are being made by today’s community activists to extend this protection into perpetuity.

Now, in a short stroll, visitors can experience a forest, a prairie, wetland and oak savanna. And in the 1980s, a sweet new tradition was begun: the Maple Syrup Festival, which taps into the very trees that Pehr Peterson planted more than a century ago. Eventually, programming and visits to the Nature Center grew with additional events such as the Harvest Festival, Winter Solstice, and City Wilds Fest.

On April 1, 2004 the Nature Center became part of the Chicago Park District. Whether you seek serenity, a place to spot a rare bird, or a place to volunteer your time and talent, visit this oasis of nature in the city – this hidden gem.

Out of an abundance of caution Park Advisory Council Meetings will be held virtually for the near future.  Please contact the PAC for future meeting dates.

Summer Soundwalks in the Parks at NPV