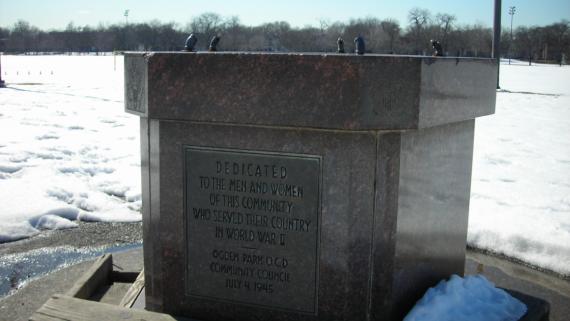 Frederick C. Hibbard (1881–1950), an accomplished sculptor and South Side resident, created the drinking fountain. Composed of cornelian red polished granite, the octagonal fountain is inscribed with a dedication to the men and women of the community who served their country in World War II.