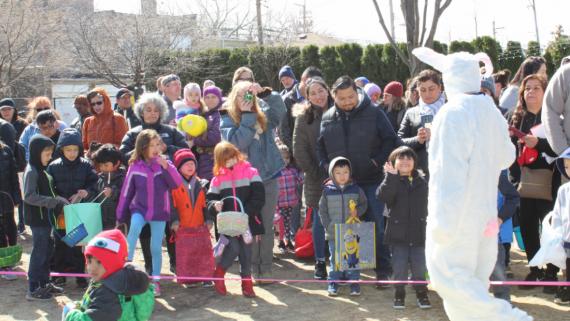 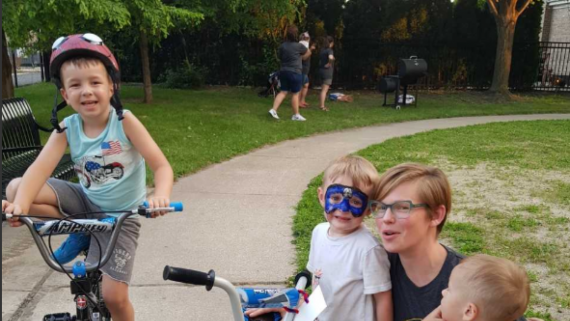 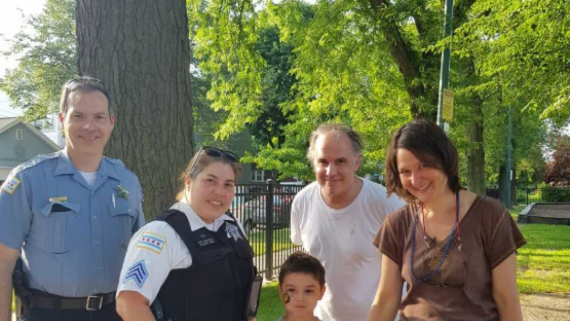 We love the 17th District! 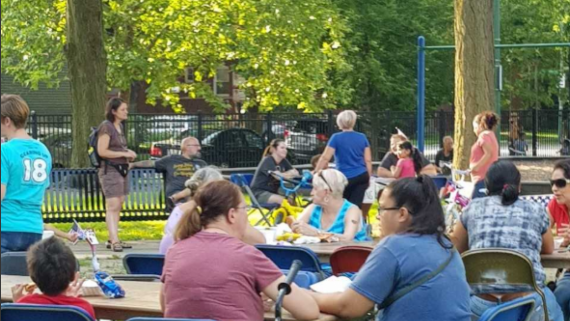 Enjoying a picnic in the park.

Enjoy the playground at Parkview Park.

This playground sits on 0.78-acre in the Avondale neighborhood (one block north of Belmont, 3 ½ blocks west of the intersection of Pulaski and Milwaukee).

While there is no structured programming taking place at this location, we invite you to check out our great programs offered at nearby Avondale Park.

Park-View Park takes its name from the surrounding northwest side neighborhood. As early as 1900, Avondale residents formed the Park View Improvement Association to enhance the area and to encourage property owners to create park-like landscapes in their own yards. In 1913, the Chicago and Northwestern Railroad adopted the Park View name for its new commuter station. As the neighborhood continued to develop through the 1920s, many of its organizations and businesses also took the name. In 1943, the City of Chicago began creating a new park for the Park View neighborhood. Five years later, the city's Bureau of Parks and Recreation installed a sand box, a small brick recreation building, and a playing field that could be flooded for ice skating in winter. In 1959, the city transferred Park-View Park to the Chicago Park District along with more than 250 other properties. Having upgraded the site numerous times, the park district recently installed separate play equipment for younger and older children and enclosed the playground area with new iron fencing.