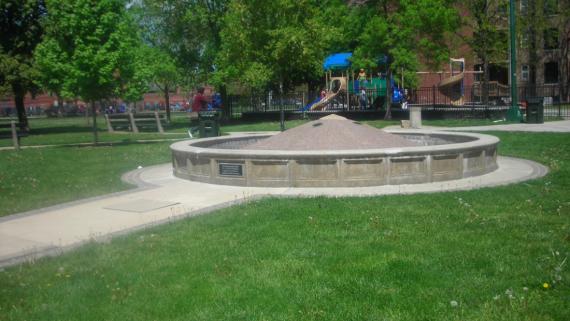 In 1998, the Public Building Commission began a neighborhood beautification project with the goal of creating and/or repairing eighteen fountains throughout Chicago. Bixler Park, a one-acre green space adjacent to William H. Ray School, was one of the sites selected for a new fountain. Composed of pre-cast concrete, the decorative fountain has a circular basin, with a low coping on which people can sit. Water sprays from a jet in the center of the basin.

Bixler Park’s fountain was dedicated to Phil Richman (1923 - 1998), publicist for Hyde Park’s 57th Street Art Fair and an avid supporter of the arts. It was Mr. Richman’s idea to install a fountain in Bixler Park.