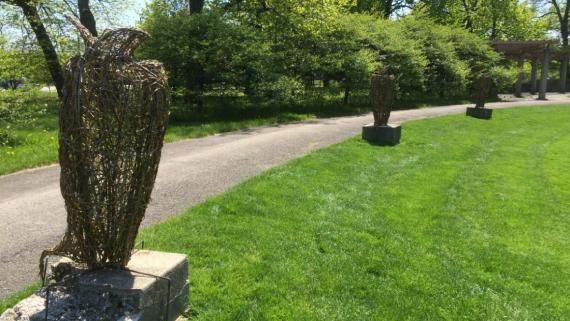 The Jens Jensen Formal Garden once had large clay pots on small pedestals encircling the garden’s center. The original pots, or urns, were made by a famous local company called the American Terra-Cotta Co. Ceramics made by this company were called Teco Ware and were covered in a particular grayish-green matt glaze. The pots are long gone now as the garden has changed over the decades. Now is a time for regrowth. The garden is re-growing the pots to make itself whole again. These new natural pots are hand-woven from linden and willow branches.