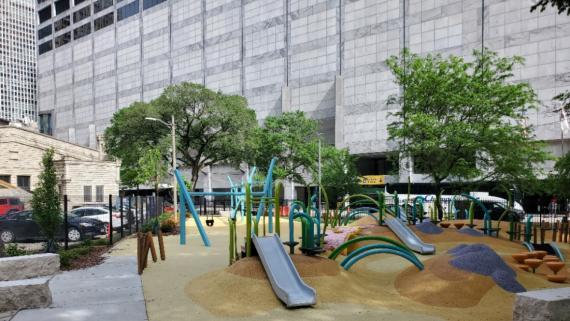 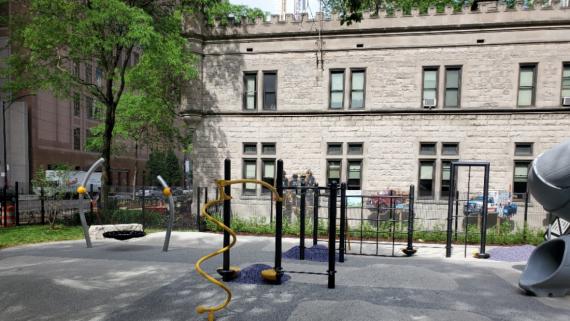 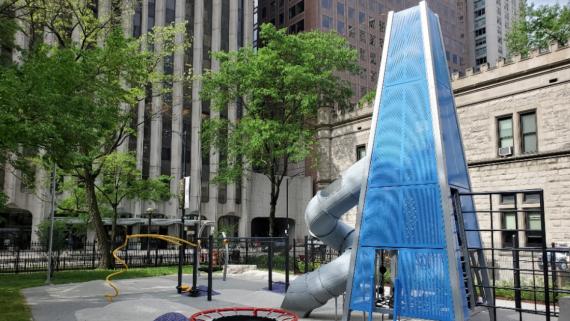 Seneca Playground Park is located in the Near North Community. The park is 1.01 acres and it features two playgrounds and is an active community park.

While there is no structured programming taking place at this location, we invite you to check out our great programs offered at nearby Lake Shore Park for recreation.

As early as 1907, the eastern portion of this park was considered part of nearby Lake Shore Playground, and developed as such by the Lincoln Park Commission. In 1915, the State of Illinois built an armory on Chicago Avenue, between Seneca and Lake Shore Parks, permanently separating the two park spaces. By 1950, the Department of Public Works was managing this property as Seneca Park. The Chicago Park District began to lease the parkland from the city in 1959. Seneca Park features both a lawn with shaded walkways and a playlot.

Ben, a horse sculpture by Debra Butterfield  was installed in the park in 1990. Although the sculpture looks as though it is made of many pieces of wood, it is actually composed of bronze. The Eli Schulman Playground Committee donated the artwork as part of a major playground renovation effort.

The playground is named for Eli M. Schulman (1910-1988), a well-known restaurateur who was active in promoting recreational activities for children. During his varied career, Schulman served as Deputy Coroner and on the board of McCormick Place, and participated in many charitable works. The park itself takes its name from adjacent Seneca Street, named for the Iroquois tribe of upstate New York.