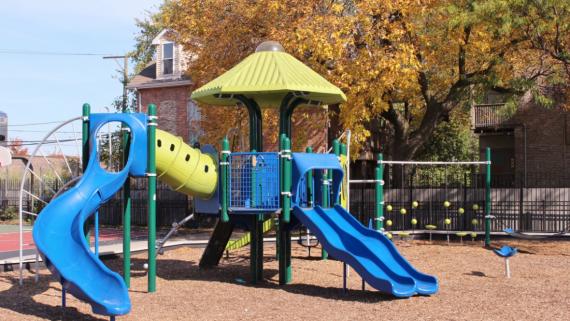 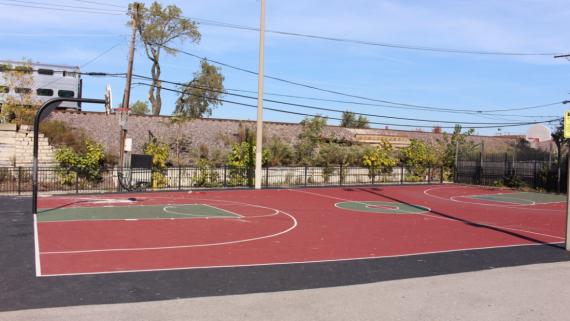 This small playground is 0.45 acres and it is located in the East Garfield Park community.

While there is no structured programming taking place at this location, we invite you to check out our great programs offered at nearby Garfield Park.

St. Louis Park is one of many small parks created by the city's Bureau of Parks and Recreation to meet increasing recreational demands in post-World War II Chicago. The bureau began planning this East Garfield Park playlot in 1956, and soon improved the site with playground equipment and a basketball court.

Following its general practice, the bureau named the new park for adjacent St. Louis Avenue, in turned named for the Mississippi River town. The park, the street, and the Missouri city all bear the name of King Louis IX of France (1214-1270), who led the Seventh Crusade to the Holy Land, and died on another twenty years later. In 1959, the city transferred the property to the Chicago Park District, which added a spray pool in 1970, and constructed a new soft surface playground in 1991.