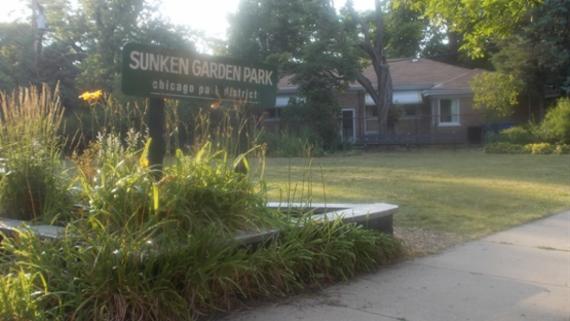 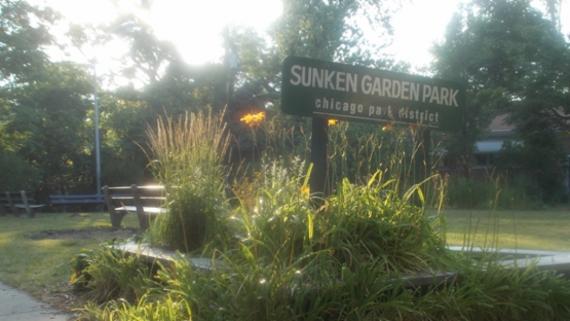 Sunken Gardens Park is 0.31 acres and it is one of our park properties used only for passive recreation, is located in the Lincoln Square neighborhood (two blocks north of Montrose Avenue, and five blocks west of Western Avenue).

While there is no structured programming taking place at this location, we invite you to check out our great programs offered at nearby Horner Park.

By an overwhelming majority, residents of the Ravenswood Manor and Ravenswood Gardens neighborhoods voted to create their own independent park district in 1914. Although these were comfortable, middle-class neighborhoods, the Ravenswood Manor Gardens Park District had limited resources because it could collect no more than 3% of the assessed property valuation within its 1/4-mile territory. The new park district could only afford to create very small parks which emphasized landscape improvements, rather than recreational facilities. In 1917, the Ravenswood Manor Gardens Park District began acquiring .16-acres of land, just east of the North Branch of the Chicago River on Sunnyside Avenue. The following year, the site was transformed into a lovely garden with a central sunken lawn edged by a walk, three trellis-like pergolas, an ornamental fountain, urns, and lush shrubbery and floral plantings. This soon became known as Sunken Gardens Park. In 1934, Sunken Gardens Park became part of the Chicago Park District, which formed through the consolidation of the city's 22 independent park agencies. Although the park district planted more than 300 new shrubs in the late 1930s, Sunken Gardens Park soon suffered from deterioration and vandalism. Unfortunately, by the early 1950s, all of the original garden features had been removed. Today, Sunken Gardens Park is one of 46 park properties used only for passive recreation.