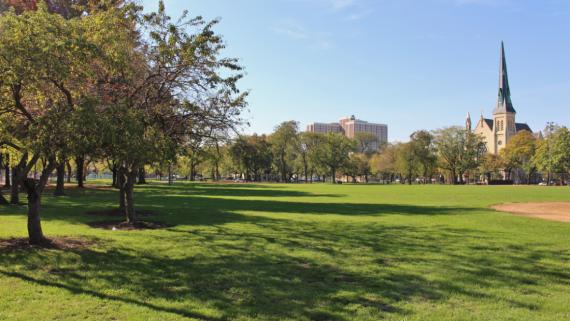 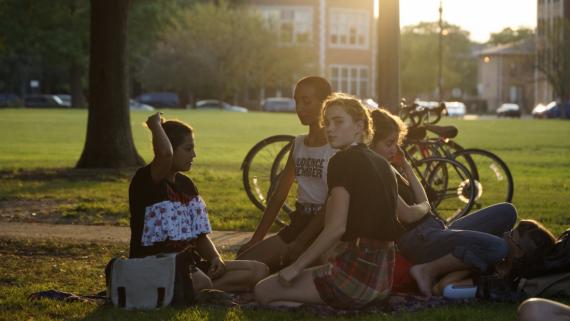 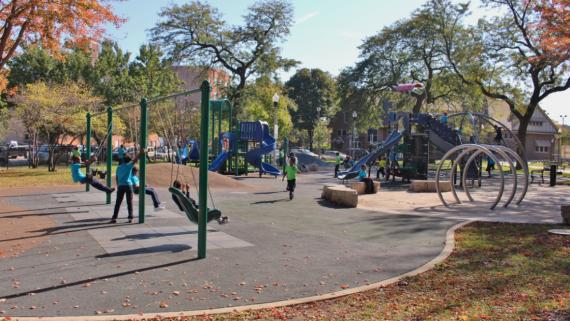 The playground at Union 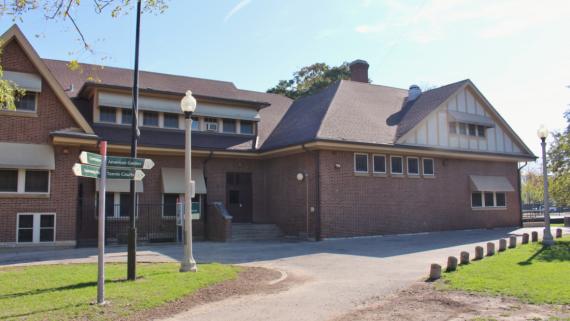 Stop by our historic fieldhouse!
Location:

Located in the Near West Community Area, Union Park totals 13.77 acres and features a fieldhouse and separate building that houses the gymnasium, fitness center and locker rooms. The field house holds a theater room with a stage and meeting rooms. Outside, the park offers tennis courts, baseball fields, a swimming pool, a playground, an athletic field for football or soccer, and basketball courts.

Many of these spaces are available for rental. Park-goers can play seasonal sports at the facility, and the park also offers a community partnership with “Girls in the Game," a mentoring program for girls ages 9-14 years. Afterschool programs are offered throughout the school year, and in the summer youth attend the Park District’s popular six-week day camp.

In addition to programs, Union Park hosts fun special events throughout the year, including Night Out in the Parks concerts, movie screenings, the Pitchfork Music Festival and other festival events.

The city created Union Park in 1853, after residents convinced developers to sell 13 acres of their subdivision at a reduced price. Named in honor of the Federal Union, it was one of the city's most fashionable places.

In 1885, the city transferred Union Park to the West Park Commission, which made the park its headquarters. Three years later, Jens Jensen, then working as gardener, planted an experimental wildflower garden called the American Garden, marking the beginnings of his venerable naturalistic style.

In the 1910s, African-Americans began moving into the neighborhood. While many other parks were inaccessible to black residents, Union Park became racially integrated.

Between the 1920s and the 1950s, the park became well-known for cultural and social events, and a number of notable musicians performed there. Among them were the noted pioneer of gospel music Thomas A. Dorsey; trumpeter Sunny Cohn; and jazz pianist Ramsey Lewis.