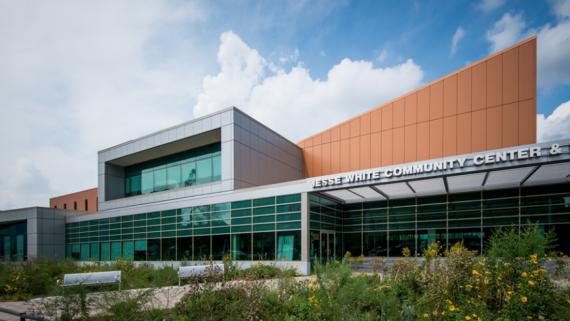 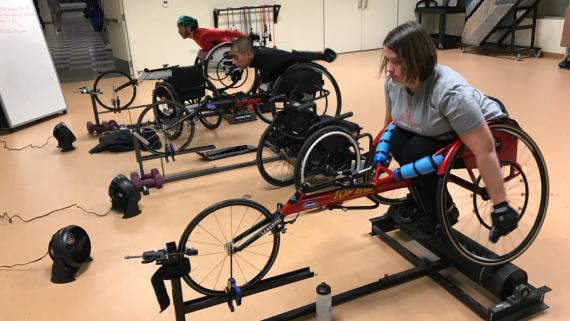 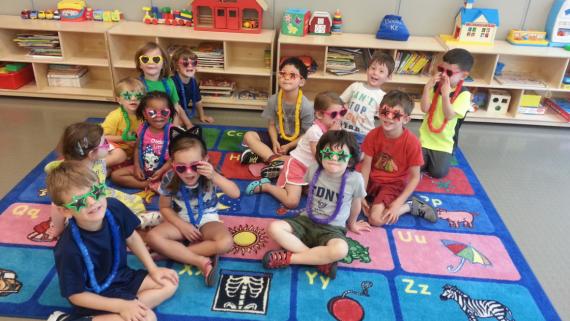 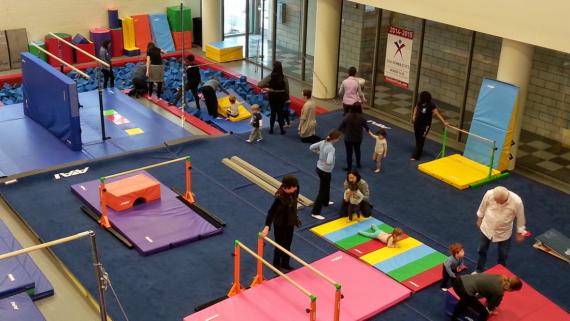 The gymnastics center at Jesse White 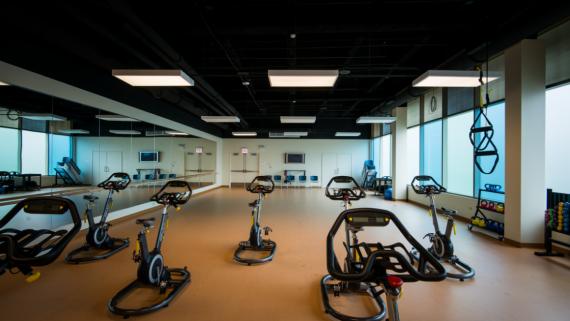 The fitness and dance studio at Jesse White
Location:

Located in the Near North community, the Jesse White Park and Community Center is 1.64 acres and it includes a fieldhouse with a gymnasium, a computer room, a fitness studio with wheelchair accessible stationary rollers and a state of the art gymnastics center. The building was recognized by the American Institute of Architects with the 2015 Design Excellence Award.

The Jesse White Community Center is also the official home of the Jesse White Tumblers. Outside, the park offers a multi-purpose field for soccer and football.

After school activities are offered for youth, and a full-scale gymnastics program is available for toddlers and youth. In addition to programs, Jesse White Park also hosts family-friendly community gatherings including holiday celebrations, egg hunts, fall festivals and other Night Out in the Parks special events.

The community center was designed by Ghafari Associates with site improvements by Wolff Landscape Architecture. The building received a 2015 Design Excellence Award from AIA Chicago. Contemporary in style, this 30,000-square foot structure appears as though it is made of a series of boxes, several of which have large expanses of glass, allowing for a feeling of warmth and openness.

It includes a gymnasium and gymnastic center, computer room, community and meeting rooms, game room, fitness center, locker and bathrooms and offices. In addition to providing a large array of recreational and cultural programs, the building serves as the official home of the Jesse White Tumblers.

White served as a paratrooper in the United States Army's 101st Airborne Division, Army Reserves and as a member of the Illinois National Guard. He went on to play professional baseball with the Chicago Cubs organization, and then had a 33-year career with the Chicago Public School system as a teacher and administrator.

Elected as Secretary of State for Illinois 1998, Jesse White was the first African-American to hold that position. He is now the longest serving person in this post. He previously served as the Recorder of Deeds of Cook County, and for 16 years as a member of the Illinois General Assembly.

In 1959, White founded the internationally known Jesse White Tumbling Team to serve as a positive alternative for children residing in Chicago's Cabrini-Green and Henry Horner public housing communities. The organization has guided thousands of youngsters to a path of athleticism and scholarship. Since the team's inception, over 13,000 young men and women have performed with the team.

White has worked for over 52 years as a volunteer with the team to help kids stay away from gangs, drugs, alcohol and smoking, and to help set at-risk youth on the path to success. In 2007, White established the Jesse White Foundation as a vehicle to help the city’s youth. Without question, Jesse White Park and Community Center contributes to this goal.

Latin Music and Dance in the Parks at Jesse White