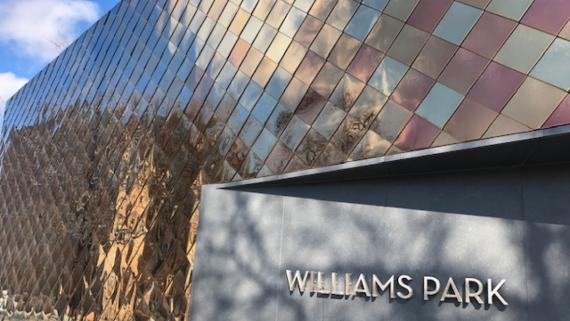 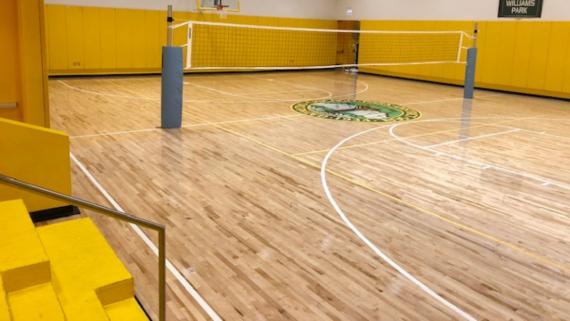 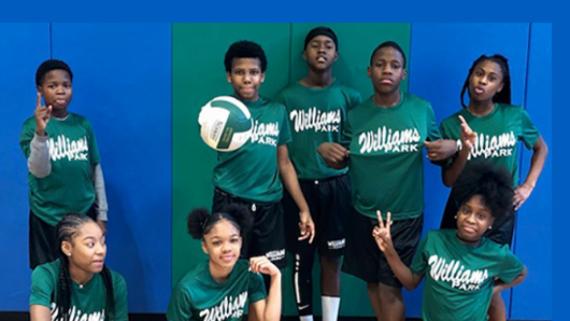 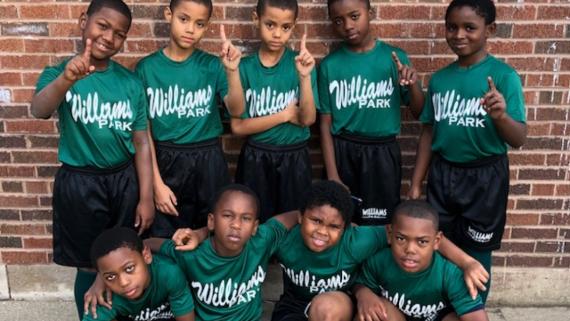 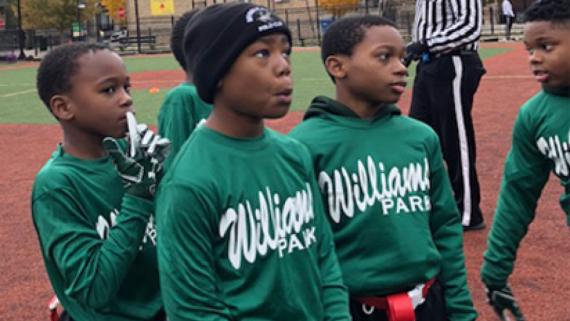 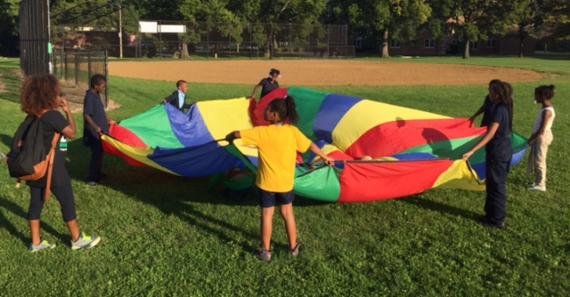 Located in the Douglas community area, Williams Park totals 6.67 acres.  The original small fieldhouse was demolished in 2018 to make room for the new Williams Fieldhouse which opened in the summer of 2019.  Previously Williams Park used the gymnasium facility and rooms in the adjacent John B. Drake Elementary School.  The new facility located at 2820 S. State St., houses an 11,200-square-foot fieldhouse that features a half-court gymnasium, a 1,600 square-foot multi-purpose room with an operable divider, and spaces for art, education, performances, meetings and exercise. There is built-in bleacher seating, natural light and exposed wood beamed ceilings.  Outdoor improvements include a new 1,560 square-foot area with controls integrated into the landscape and containing multiple spray features, bike racks, landscaping, exterior lighting, concrete benches and new sidewalks.  The project was a joint venture between the Chicago Housing Authority, Chicago Park District and the Public Building Commission.   Outdoors also  offers an athletic field, tennis, and basketball courts.

Park-goers can play baseball, basketball and table games at the facility. After school programs are offered throughout the school year, and in the summer youth attend the Park District’s popular six-week day camp.

In addition to programs, Williams Park hosts fun special events throughout the year for the whole family, such as holiday events, skating parties, concerts in the park and other Night Out in the Parks special events.

During and after World War I, many African-Americans arrived in the Douglas neighborhood from the rural south, and the community soon became the heart of Black Chicago. By the early 1940s, government urban renewal projects led to the demolition of much of the neighborhood's aging housing stock, with large areas of public housing taking its place.

Among the new housing projects was the 800-unit Dearborn Homes, opened in 1950. As planning for this complex progressed, the Chicago Housing Authority began working with the Chicago Park District to provide parkland for the new development. The park district purchased more than 6 acres of property from CHA in 1950, awarding contracts for landscape improvements and utilities the following year. Construction of a neighborhood school on adjacent land moved forward simultaneously, and the park district soon began using the school's gymnasium as a fieldhouse in the evenings and on weekends.

Both the park and the adjacent school bear the name of Dr. Daniel Hale Williams (1856-1931), the pre-eminent African-American surgeon of his time. Having arrived in Chicago in 1880, Williams entered the Chicago Medical College, graduating three years later. Unable to join the staff of any city hospital due to his race, in 1891 Williams founded the predominantly-black Provident Hospital in a three-story building at 29th and Dearborn Streets, just a few blocks from the site of Williams Park and School. Provident offered the country's first nursing school for African-Americans. Not long after founding Provident Hospital, Williams gained international fame for performing the world's first successful open heart surgery in 1893.