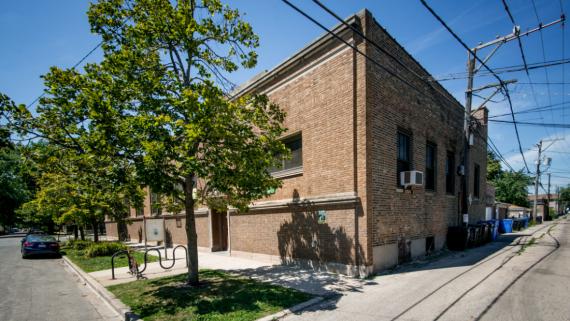 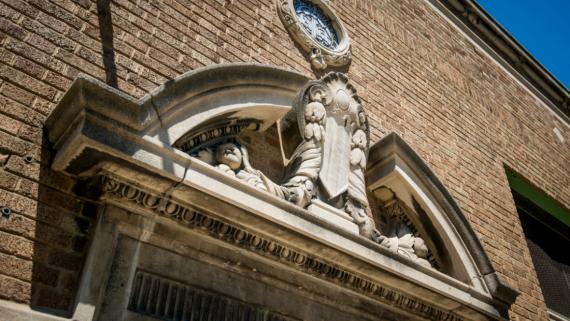 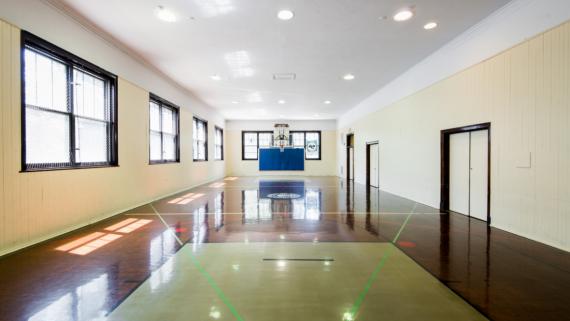 Located in the Bridgeport Community, Wilson Community Center Park totals 0.18 acres and features a converted bathhouse now utilized as a fieldhouse with meeting rooms and a gymnasium.

Park-goers can play basketball and volleyball at the facility. After school sports programs are offered throughout the school year, and in the summer youth attend the Park District’s popular six-week day camp.

In addition to programs, Wilson Park hosts fun special events throughout the year for the whole family, such as holiday activities and other Night Out in the Parks events.

In 1928, the City of Chicago decided to purchase property in the Bridgeport neighborhood on which to build a public bath house. This would be the last of the city's 18 municipal bath houses created after 1900 to provide much-needed bathing facilities in crowded working-class neighborhoods.

Completed in 1929, the new bath house/community center opened to the public in 1930. The City Council designated the facility the John P. Wilson Bath House. Bridgeport Alderman John P. Wilson (1893-1968), for whom nearby Wilson Park is also named, was instrumental in developing the bath house. Elected alderman in 1925 and again in 1929, Wilson served as chairman of the City Council's Committee on Recreation between 1931 and 1933. In 1933, Wilson became Deputy Commissioner of Public Works, a position he held until 1967. Wilson also participated in charitable organizations, acting as president of the Laborers' Annuity and Benefit Fund and chairman of the city employee's Community Fund Drive for many years.

The Chicago Park District acquired the bath house from the city's Bureau of Parks and Recreation in 1959. By that time, indoor plumbing was widely available in the city, and the park district closed the underused bathing facilities the following year. The park district remodelled the building in the late 1960s, and the Wilson Community Center is now devoted entirely to recreational purposes.

In 1991, Bridgeport residents asked that the community center's gymnasium be named for Joseph Bertucci, who had worked to transform the bath house into a recreational center serving children of all ages. Community members welcomed Bertucci's efforts to foster self esteem in local children. The park district honored this citizen request in 1992.