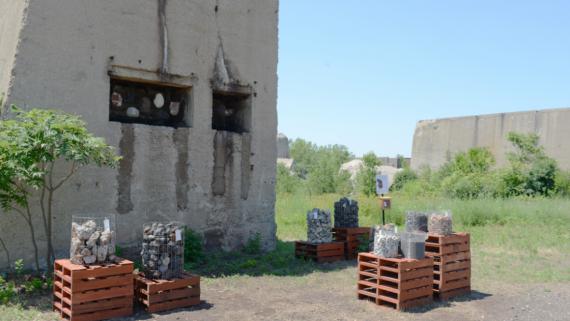 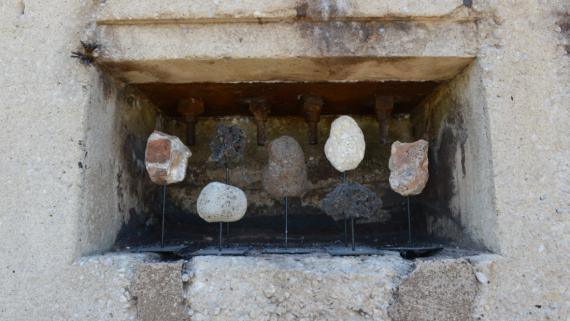 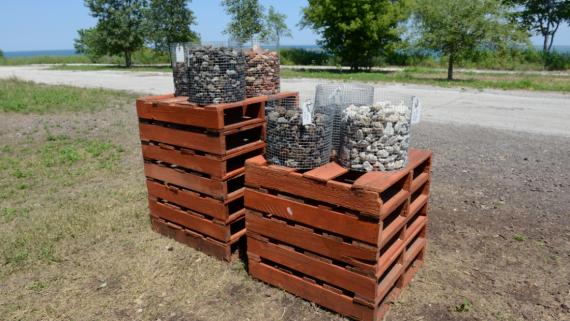 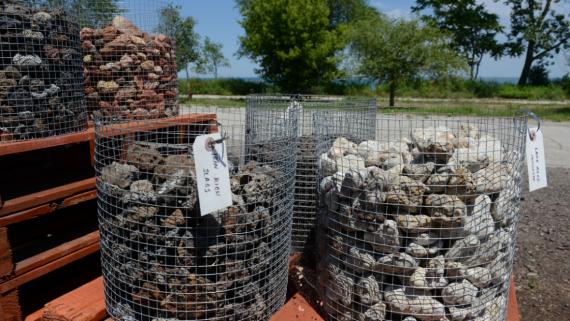 The South Works Deep Geological Study is an investigation conducted by the artist into the history of the South Works site through its geology. The land jutting into the lake is made up of mostly slag land fill dumped by steel mills between the late 1880s and 1922 expanding the land from the original 73 acres to the present 589 owned by U.S. Steel and the Chicago Park District. This study brings the geology of the site up from below, both literally and figuratively, in order to expose the history of the formation of the site through human actions and to delve into the social, ecological and environmental history of the site. It works to locate human history on the deep geological time scale within the Anthropocene, the geologic epoch we now inhabit defined by permanent changes brought upon the planet by human actions, and to acknowledge the role that people played in shaping this unique landscape.

The materials are collected, identified, organized and displayed for inspection to the public. Iron detritus, coke, limestone, concrete and iron ore pellets litter the site, while slag sits below the surface like a new layer of bed rock creating cliffs along the lakeshore. Exposing these materials reveals histories of the industrialization of Lake Michigan’s south shore, the development of Southeast Chicago as a community that revolved around industrial jobs and environmental and ecological effects of industry to the area. The purpose of the project is to bring to light the South Works site as man-made land, the roles that Chicagoans have played in the creation of this place, and their participation in the evolution of this site into a new community space as a public park.

A complementary publication about the project and site released in conjunction with the installation is available on site.