Stay Safe & Stay Out of the Water -

Lifeguards are not on duty until May 27, when beaches officially open for the season. For your own safety, please stay out of the water. 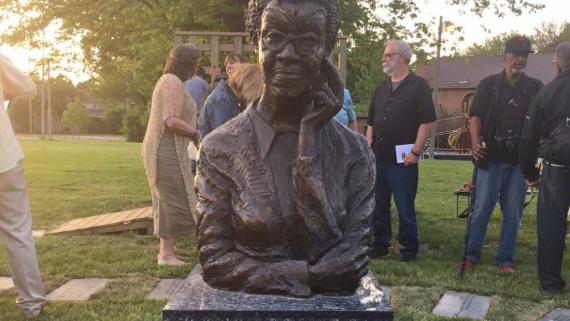 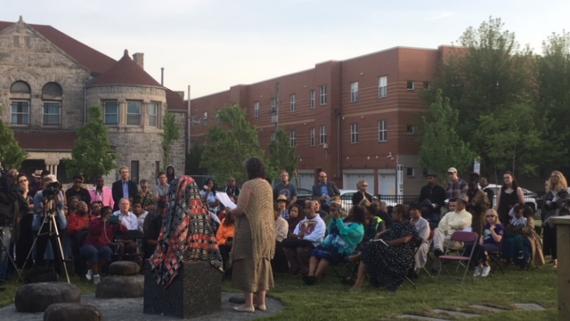 Formerly known as Hyacinth Park, Brooks Park is a small park totaling 2.56 acres and is located in the Kenwood community. The park features a playground that was renovated in Fall 2013 as part of the Chicago Plays! program, and a bust honoring the park's namesake, poet Gwendolyn Brooks.

The park is a popular spot for children and families who come to the park for the playground, Movies in the Park screenings and other Night Out in the Parks special events.

While there is no structured programming taking place at this location, we invite you to check out our great programs offered at nearby Kennicott Park.

Originally known as Hyacinth Park, Gwendolyn Brooks Park was renamed in 2004 as part of an effort by the Chicago Park District Board of Commissioners to recognize the contributions of Chicago women. The Park District first established the site in 1970, acquiring just over an acre of land in the Kenwood neighborhood. Between 1995 and 1998, additional land doubled the park's size.

Gwendolyn Brooks (1917 – 2000), one of Chicago’s most acclaimed and beloved poets, received many awards and honors including a Pulitzer Prize. Born in Topeka Kansas, Gwendolyn and her family moved to Chicago when she was an infant. She exhibited a talent for writing at a young age, and published her first poem in Childhood Magazine in 1930. After graduating from Englewood High School, she attended Wilson Junior College.

Brooks was a prolific writer of poetry— by the mid 1930s she had already published more than one hundred poems, many appearing in the Chicago Defender, where Gwendolyn served as adjunct staff member. She met prominent writers such as Langston Hughes who encouraged her writing career. She also received support from a group of writers affiliated with Poetry: A Magazine of Verse.

In 1943, Brooks won the Midwestern Writers Conference Award, and two years later she published A Street in Bronzeville, her first book of poems. Other books soon followed. In 1950, Gwendolyn became the first African American in history to win a Pulitzer Prize. In 1967, she wrote a special ode for the unveiling of Chicago’s Picasso sculpture, and a commemorative poem written for the dedication of a mural considered “The Wall of Respect,” at 43rd and Langley streets in Bronzeville. The National Endowment for the Humanities appointed Gwendowlyn Brooks as the Jefferson Lecturer in 1994.

The Chicago Park District renamed Hyacinth Park for Gwendolyn Brooks, because it is 1 mile (or less) from her childhood home at 4332 S. Champlain.

Musicality of Poetry at Gwendolyn Brooks

Registration dates vary by park. The dates listed below are specific to this park.

Most programs run from Monday, June 20 to Sunday, August 21.

Click on a program name below for description, availability and to add to your wish list or register online (if available). For activities that have already begun, registration is ongoing while spots are available. Resident fees are listed below. Non-resident fees are double.