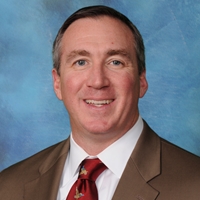 Michael P. Kelly serves as General Superintendent and CEO of the Chicago Park District.  Appointed by Mayor Rahm Emanuel in 2011, Kelly is charged with the oversight of the $450 million urban park system that serves more than 41 million patrons annually.  Under his leadership in 2014, the Chicago Park District was awarded the National Gold Medal Award for Excellence in Park and Recreation Management for the first time in the agency’s history. Superintendent Kelly is an avid supporter of open space and improving the quality of life for Chicago residents through parks and recreation opportunities.

Under his direction, the Chicago Park District has seen exponential growth in program registration and revenue from Soldier Field— bringing sold-out concerts, ice hockey and more to the historic stadium. A five-year capital improvement plan was implemented with major projects such as La Villita Park, the highly anticipated 606 and Maggie Daley Park, which brought the first and only ice skating ribbon to Chicago. Kelly has visited all 589 of Chicago’s parks, and measures success by the number of children served.

Superintendent Kelly has worked for the Chicago Park District since 2003; previously as Chief Operating Officer, First Deputy General Counsel and Director of Intergovernmental and Community Affairs. He earned a JD from DePaul College of Law in Chicago, and a BA in Political Science from John Carroll University in Cleveland, Ohio. He is married, and the father of four children. Kelly and his family reside in the West Morgan Park community of Chicago.