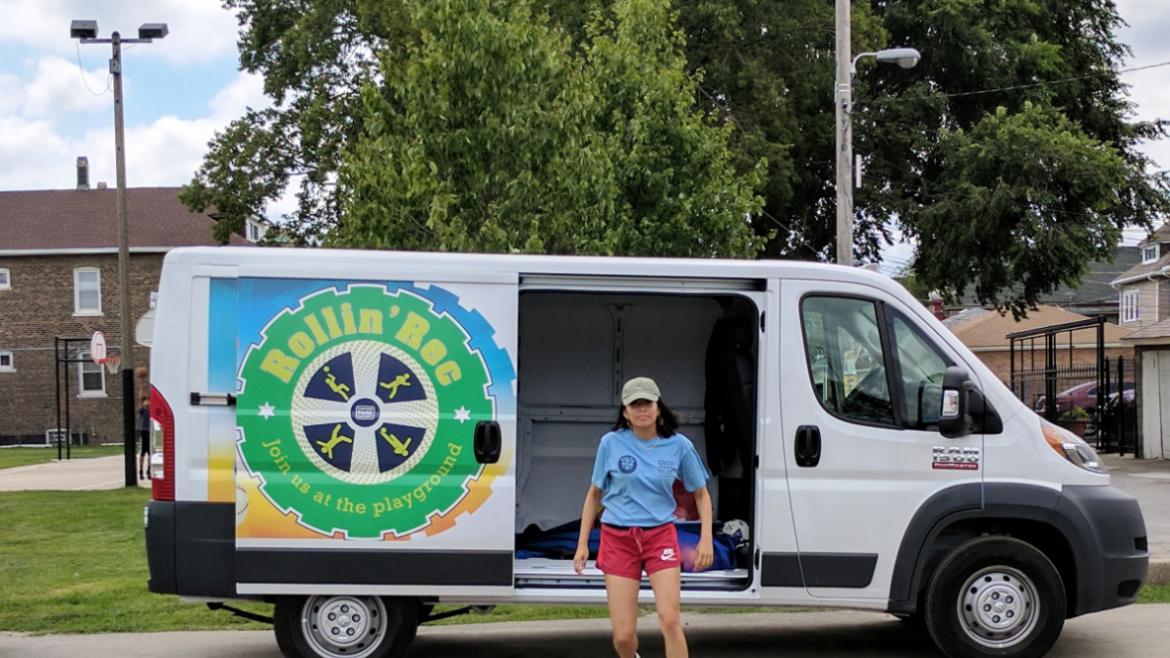 Now in its third year, Mayor Rahm Emanuel and the Chicago Park District today with the Chicago Public Schools’ Office of Safety and Security team launched Summer Safe Passage at 38 park locations around the city, including Ellis, Mandrake, Kennicott, Fuller, Taylor, Metcalfe and Anderson Parks. The Park District will also offer expanded parks programming throughout the summer months, including Rollin’ Rec at 72 playground locations which will serve more than 15,000 additional children.

“Every child deserves a safe place to play and just be a kid, said Mayor Emanuel. “Summer Safe Passage provides students with the safety they deserve so they can stay focused on their summer sports and activities.”

The Summer Safe Passage Program ensures more than 3,000 teens can travel safely back and forth as they participate in summer recreational programming. This summer, Safe Passage coverage will be offered four days a week at 38 park locations

“It is vital that we keep our young people active, engaged and safe this summer and Safe Passage helps us achieve that goal,” said Chicago Park District General Superintendent & CEO Michael Kelly. “Through Rollin’ Rec, we’re bringing sports, gymnastics and fitness opportunities to 72 locations across the city so children and teens can access these opportunities close to home.”

Summer Safe Passage will continue to serve teens participating in the Chicago Park District’s Summer Teen Sports League and Windy City Hoops program.  The Summer Teen Sports League begins on July 10 and runs through August 17 at 39 parks. It serves ages 13-18 on Tuesday-Friday evenings from 4 p.m. to 8 p.m.  Windy City Hoops is offered year round.  Games are played twice a week that culminate in playoffs and a championship each season. The program serves ages 13-18 on Friday and Saturday nights from 7 p.m. to 10 p.m. Both are free and offered at multiple parks across the city.

The program will employ 250 workers responsible for serving as eyes and ears for teens participating in these basketball programs at select parks. The Chicago Park District will pay for the total cost of the program. The CPS Office of Safety and Security will provide training to each of the workers to ensure that they are equipped with relationship-building skills, de-escalation strategies and knowledge of other safety protocols to support youth participants as they travel to and from the sites this summer.

Safe passage workers will also serve as summer ambassadors at seven parks in the 3rd and 4th Wards, providing an adult presence around park programs and hot spots during key times of park programming.

The Park District has expanded additional park programming to keep kids safe and active with initiatives including the Rollin' Rec activity van at a number of parks throughout the city. The vans offer a variety of activities, including sports, gymnastics and fitness at select parks for 90 minutes twice a week through August 11. Rollin’ Rec is expected to serve an additional 15,000 children not enrolled in traditional summer camps at 72 parks across the city.