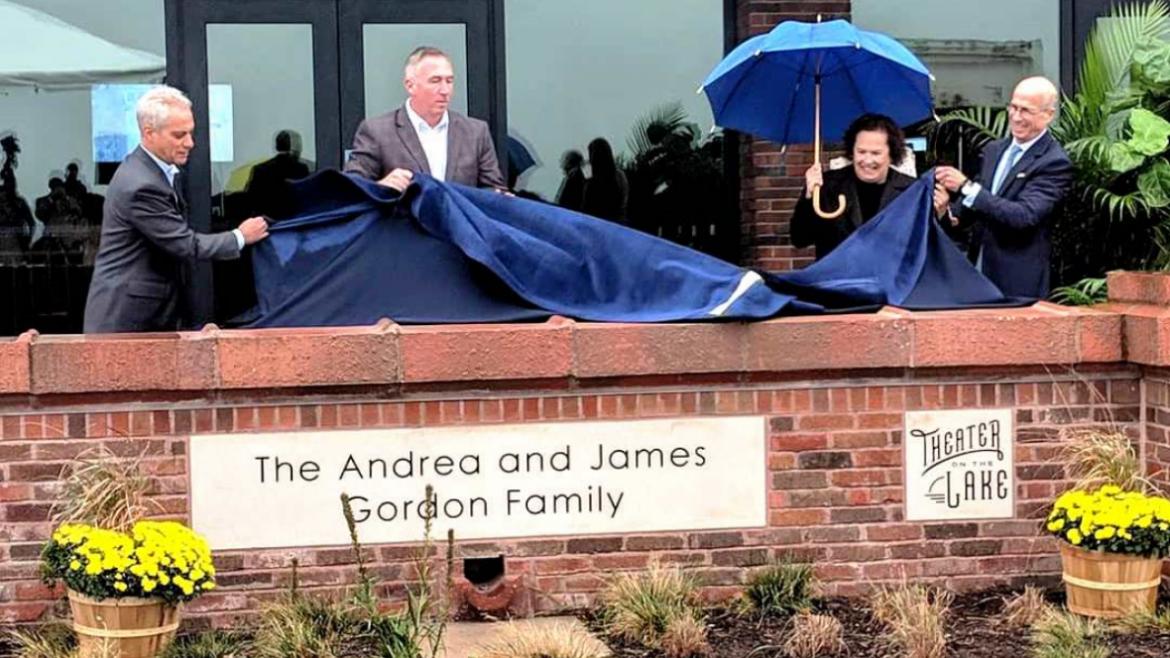 Mayor Rahm Emanuel and Chicago Park District Superintendent and CEO Michael P. Kelly today announced the expansion of citywide theater and cultural programs and events across the city, with Theater on the Lake as the hub. A generous multi-year donation from James and Andrea Gordon will support the expansion of theater in every community across Chicago and improvements to many Park District performance spaces and facilities.

“Thanks to the generous donation and support from Jim and Andi Gordon, residents across the city will experience the power of Chicago’s theater community,” said Mayor Emanuel. “We could not wait until 2019 to kick-off The Year of Chicago Theatre, and to celebrate the talented artists that work tirelessly bring the stage to life for audiences throughout the city and downtown.”

“My wife Andi and I are proud to support Mayor Emanuel and the Chicago Park District in their efforts to expand cultural programming into every Chicago neighborhood," said Jim Gordon, Founder and Managing Partner of Edgewater Growth Capital Partners. "Initiatives like Night Out in the Parks have a powerful impact on the professional careers of emerging artists and serve to transform neighborhood parks into cultural hubs of activity that offer unique experiences for individuals of all ages and make our city safer for everyone.”

This generous donation will also help sustain current citywide cultural programs for future years that include the mobile outreach initiatives ArtSeed and Inferno, as well as the youth-focused leadership projects, Young Cultural Stewards and T.R.A.C.E.

Spanning over 10 years, this financial commitment will support the 2019 Year of Chicago Theatre. Mayor Emanuel, the Department of Cultural Affairs and Special Events and the League of Chicago Theatres recently announced this citywide, year-long focus on theatre. The first-of-its-kind in the U.S. will include theatre performances and special events for the public at hundreds of cultural venues, theaters, parks and neighborhood locations throughout the city. The City of Chicago and its partners will also launch a marketing campaign that leverages a new brand for Chicago theatre; provide additional financial grants to theatre projects; encourage dialog around inclusion and equity; and call on civic, philanthropic, arts and business leaders to support the theatre community.

Theater on the Lake is announced as the hub for expanded citywide theater and cultural programming as the first fall performances begin in the newly renovated, historic lakeside facility. The fall performances at Theater on the Lake will include diverse works by local and world-class artists: Theater Unspeakable, About Face Theater, Cecil Baldwin of Welcome To Night Vale, Harold Green, and Back Room Shakespeare Project.

A new series, TOTL’s Curated Theater Conversations, will debut in the fall alongside the staged theater presentations and become a valuable resource for the theater community. These conversations will convene professionals, emerging artists and theater companies to discuss the history and future of collaborative ensemble-based theater making. The first conversation, curated by Dr. Coya Paz, will focus on the rich history of ensemble theatre in the Chicago community. Additional conversational dates, will invite the Chicago community to connect with creative thinkers to engage in active discussion about gender, sexuality, death, crime and professional development.

“We are excited to continue to bolster access to cultural experiences for individuals of all ages and interests citywide and expand resources to Chicago’s outstanding theater community in 2019,” said Chicago Park District CEO & Superintendent, Michael P. Kelly. “James and Andi Gordon’s donation will go a long way in helping to foster future generations of artists and performers.”

The Chicago Park District was recently awarded the National Recreation and Park Association (NRPA) Innovation in Social Equity Award for our ongoing efforts to promote access to culture, art and recreation for everyone, through initiatives like Night Out in the Parks, at our local parks.

For more information about Theater on Lake, please visit www.chicagoparkdistrict.com/parks-facilities/theater-lake.