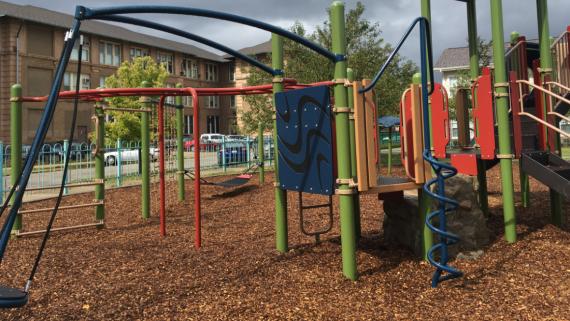 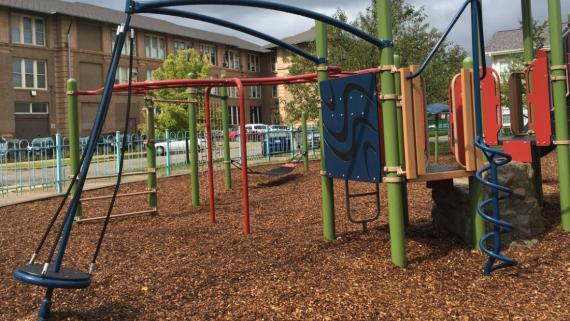 This small playground is located in the East Garfield Park Community Area. The 1.91 acre park features a playground, swings and benches and green space. It is an active community park.

While there is no structured programming taking place at this location, we invite you to check out our great programs offered at nearby Homan Square Park.

Founded in 1886, Chicago's Sears, Roebuck & Company capitalized on the City's status as the nation's railroad hub and achieved great success in the mail order shipping business. By 1906, Sears had become the world's largest mail order shipping company and needed a new plant to efficiently fill its customers' orders. Sears hired the architecture firm of Nimmons & Fellows to design a massive new four-building complex, complete with tower, on South Homan Avenue in the North Lawndale community.

After moving its operations to suburban Hoffman Estates in the early 1990s, Sears was ready to abandon the Homan Avenue facility, providing a unique opportunity for positive change in struggling North Lawndale. Working closely with the City and The Shaw Company, a real estate developer, Sears made plans to redevelop the property as Homan Square. Some of the original structures would be rehabilitated, while others would be replaced with new homes. Sears agreed to donate nearly two acres to the Chicago Park District for development as parkland.

Boler arrived in Chicago from Pine Bluff, Arkansas in 1946. After graduating from the Blackstone School of Law, he became an educator, and with his wife, Joyce Adamson Boler, founded the Boler and Boler Agency, a real estate and insurance brokerage firm. A resident of North Lawndale for nearly 50 years, Boler was active in many west side political and civic groups.