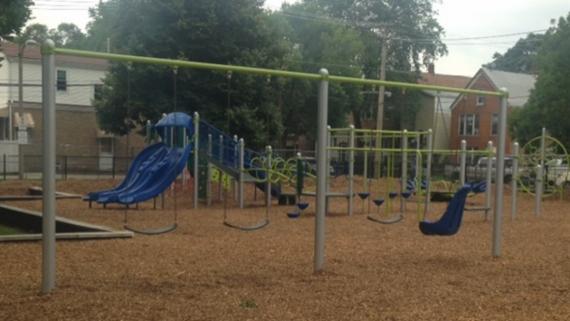 This 1/3-acre playground with a new Chicago Plays playground and sandbox is located in the Portage Park community (abutting Lawrence Avenue, two blocks east of the Kennedy Expressway). While there is no structured programming taking place at this location, we invite you to check out our great programs offered nearby at Jefferson Park.