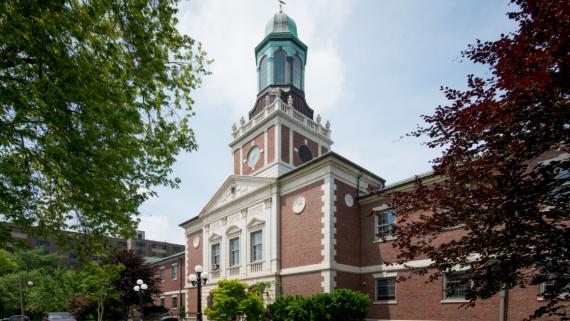 The auditorium at Austin Town Hall 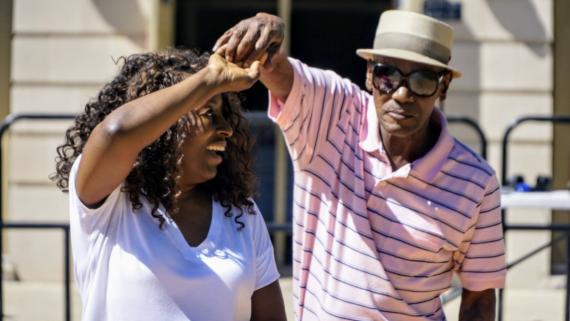 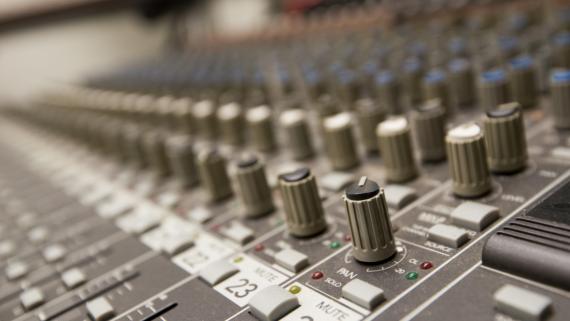 Inside the music production room 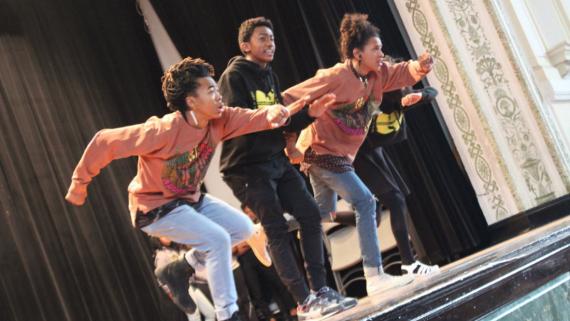 Located in the Austin community, Austin Town Hall Park and Cultural Center totals 3.69 acres. The park features a a fieldhouse with an indoor swimming pool, two kitchens, a gymnasium, a performance theater/auditorium and a fitness center. Outside, the park offers a basketball court and children’s playground. Many of these spaces in the Cultural Center and on the park grounds are available for rent for activities such as theater productions, family reunions or community meetings.

Majestic in design, the Austin Town Hall Park and Cultural Center was once the town hall of the Village of Cicero, Illinois. Today, the space is used for park activities including a variety of dance, music and theater classes, music production and more.

After school programs are offered throughout the school year at Austin Town Hall Park, and in the summer youth attend the Park District’s popular six-week day camp. Specialty camps are offered in the fall and spring, and recreational opportunities are also available during winter and spring break camps.

In addition to programs, Austin Town Hall Park hosts fun special events throughout the year for the whole family, including gym showcases, children's theater productions, dance recitals, Earth Day celebrations, SummerDance, and other Night Out in the Parks special events.

In 1865, businessman and real estate speculator Henry W. Austin created a lovely 280-acre subdivision in Cicero Township. Austin's development included wide, tree-lined streets and a small park, originally known as Holden Park. The township selected Austin as its seat of government, and in 1870 constructed a brick town hall building, with a cupola and eclectic details, in the center of Holden Park.

In 1898, residents of Austin, having a majority on Cicero's town council, used political influence to allow the extension of the Lake Street elevated line into their community. This infuriated residents of other areas within Cicero Township, such as Oak Park and Berwyn, who retaliated the following year by holding a joint election to force Austin's annexation to the City of Chicago. Much to the dismay of local residents, this effort succeeded and Austin became part of Chicago in 1899. The city took over the Cicero Town Hall and began using it as a library and police station as well as for other public functions.

The City passed an ordinance that granted control of Holden Park to the West Park Commission in 1927. Because the old town hall had housed a branch library for several years, the West Park Commissioners agreed to the construction of a new public library in the park, designed by architect Alfred S. Alschuler. At the same time, the West Park Commission also built a fieldhouse for the newly renamed Austin Town Hall Park. The large brick Georgian Revival-style building was influenced by Philadelphia's Independence Hall. The structure was designed by architects Michaelsen and Rognstad, who were also responsible for other notable buildings including the Garfield Park Gold Dome Building, the Humboldt and Douglas Park Fieldhouses, and the On Leong Chinese Merchant's Association Building in Chinatown.

Out of an abundance of caution Park Advisory Council Meetings will be held virtually for the near future. Please contact the Austin Town Hall PAC for details.

Gallery:
2015 Use Your Words: A Youth Art Activism Festival
Date Posted: 4/8/2015 Welcome to Use Your Words on April 3rd
Advertisement